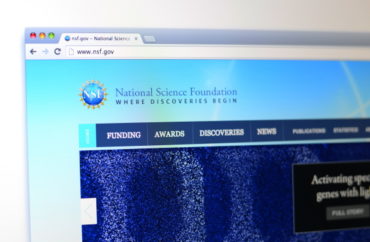 ANALYSIS: The unbearable whiteness of physics

Deconstructing whiteness in an introductory physics classroom may seem like a nonsensical goal, but according to a pair of critical whiteness scholars from Seattle Pacific University, this endeavor is actually an important step toward the larger undertaking of freeing students and professors alike from the weighty fetters of whiteness.

Funded through a $495,847 National Science Foundation grant, researchers Amy Robertson and W. Tali Hairston aim “to develop a knowledge base that could lead to awareness of how power relations may be embedded in the way physics is taught and learned.”

The two record introductory physics classes and interview participants, then analyze them using a critical whiteness theory lens “to show how privilege operates in undergraduate physics teaching and learning.”

In one study funded through the grant, Robertson and a colleague from SPU examined the demographic characteristics of students in introductory physics classes at six universities to see which groups were over- or underrepresented.

In another, Hairston and two of his colleagues recorded nearly two weeks of footage from introductory physics classes at three universities, then analyzed a single, seemingly uneventful episode in which a group of students completed a hands-on, in-class assignment dealing with mass and acceleration.

The scholars carefully evaluated the footage for instances of marginalization through displays of “certain characteristics that U.S. culture typically associates with white masculine behavior, including control, independence, and decisiveness.”

Yet, to date, the most notable study born from the Robertson and Hairston NSF-funded collaboration is “Observing whiteness in introductory physics: A case study,” recently published in the prominent physics education journal Physical Review Physics Education Research.

For this study, the two researchers viewed and analyzed six-and-a-half minutes of footage from an introductory physics course, then interviewed the key players involved.

According to Robertson and Hairston’s description of those six-and-a-half minutes, a biracial but culturally white female physics professor gave an assignment to a group of students comprised of a male student of Middle Eastern descent, a female Hispanic student, and a white female student.

That assignment was to draw an energy interaction diagram on a whiteboard within a limited amount of time. During that limited amount of time, the male student of Middle Eastern descent, referred to by the pseudonym Drake, took charge, proceeding to work on the assignment while the two female students, referred to by the pseudonyms Paris and Gail, attempted to make sense of some of the relevant instructions and concepts, making some contributions of their own along the way.

Nothing about the described interaction would seem that out of place in a physics class. No one ostensibly behaved in a disrespectful or offensive manner. No one was recorded using a slur or telling an off-color joke. Yet, as banal as the episode may have seemed, according to the trained-eyes of Robertson and Hairston, the episode was actually riddled with blinding whiteness from start to finish.

Upon evaluating the episode, the researchers reported they observed:

“an interaction in which Drake and the representation he is constructing are centered, and Gail and Paris’ sense making and contributions are marginalized…This social organization is co-constructed and co-maintained by at least five mechanisms of control: the EID [energy interaction diagram] representation, physics values, the use of whiteboards, gendered social norms, and the structure of schooling.”

In other words, Drake’s attempt to complete the task within the allotted period of time marginalized the attempts of Paris and Gail to make sense of the task and the relevant concepts. The assignment of a task with a correct answer as part of a class within a field that values correctness perpetuates white social structures, as does the larger structure of schooling in which people earn qualifications through grades.

Moreover, both the use of the whiteboard and Drake’s assertiveness in taking lead on the exercise, as well as his focus on completing the task correctly, further solidified the purportedly white practice of having a single, final thing of value to be evaluated for correctness, according to the researchers.

The subsequent interviews with the participants in the events that unfolded in those six-and-a-half minutes of video footage revealed that Paris viewed those events as pretty normal for the larger class in which this episode took place.

Paris is quoted by the researchers as stating, “Yeah, there’s about two or three people in the class. I think there’s twenty total or something like that. There’s, yeah, two or three, they’re the ones that raise their hands and answer the questions throughout the entire semester. It’s very rare to get anyone outside of those two or three. But they’re pretty smart. They answer, usually in detail, especially now that we’ve gotten to the really, really hard stuff.”

According to the researchers, Paris has come to appreciate this dynamic because it helps her “get the right answer, the thing that has been ascribed value by whiteness.”

However, this professor also is noted as recognizing a tension between her ideal classroom dynamic and the reality that students will not always come to the correct conclusion when left completely unguided by, say, a professor whose job it is to teach them.

In the eyes of Robertson and Hairston, “[This professor’s] agency is constrained by whiteness. The outcome [emphasis in the original] expected of her teaching is students who can access the center defined by physics. Though she values a nonhierarchical classroom organization, her efforts to cultivate this seem to jeopardize what whiteness enforces as valuable…correctness, as defined by physics.”

Yet, according to Robertson and Hairston, in an alternate pluriverse, things would be different.

A limited number of students would not dominate group discussion. Paris would not be so fixated on getting the right answer. The physics professor would not have her agency constrained by expectations that students in her physics class be able to access that which is correct as defined by physics.

No, in the pluriverse Robertson and Hairston imagine, things would be different. Instead of having a predefined task handed to them by their professor with the expectation that they do it correctly, Drake, Paris, and Gail would collaboratively establish a “shared purpose with many solutions and approaches.” Drake’s attempt to solve the problem would be valued equally with Paris and Gail’s sense making. A critical discussion of how systems of power uphold “mainstream academic knowledge” would ensue.

Robertson and Hairston acknowledged though this pluriverse may be little more than an illusive dream.

“We are keenly aware,” they wrote, “that these imaginings are challenging, if not nearly impossible, to manifest in a world where racism is permanent.”

But they added: “Scholars, Teachers, and Activists of Color have been dreaming and creating for ages…We want to dream together with you, toward physics teaching and learning as a ‘world where many worlds are possible.’”