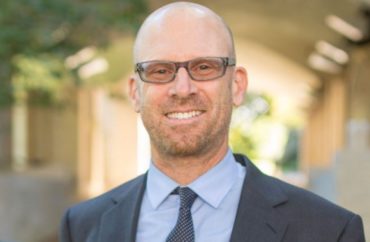 A Vanderbilt University professor delivered a speech called “Dying of Whiteness: How the Politics of Racial Resentment Shaped the American Pandemic” at Cornell University on March 29.

He told the audience at the Ivy League school that he wanted to write a “warning” about the decisions made by white Republican voters, and to “warn people” that society needed to address these issues.

Most of his lecture was spent discussing his book and how the debates over healthcare were viewed in the COVID outbreak.

“Dying of Whiteness is a book about really the health effects of undermining public trust in institutions, in infrastructure, in expertise, in forms of knowledge,” Metzl said.

Metzl said that breakdowns in society, including around people’s decision not to wear a face mask during the COVID outbreak, were “flamed or obscured by racial tensions.”

Metzl did not respond to two emails sent in the past weeks from The College Fix.

The Fix asked if any other racial groups vote against their interests and for a definition of “whiteness,” but did not receive a response.

“When I say whiteness, I don’t mean there are some genetics or biology of whiteness, there are many different ways of being white,” Metzl said during his talk.

Politically conservative groups, such as the Tea Party and the Freedom Caucus in the U.S. House are “racialized movements” and “economic movements” with the goal to “defund local and state governments and then the federal government.”

Metzl, who referred to himself as a “race scholar” said the rise of the Tea Party made communities more dangerous, because “communal spaces” were defunded and the National Rifle Association and aligned legislators made it easier to access guns.

“The Tea Party took over, the anti-tax party took over … what happened was, when you start defunding stuff, taking money out of stuff … communal spaces [are removed]” Metzl said. These are the places where community members learn about one another.

“If you defund these public spaces and you also flood a lot of guns into the zone, all of a sudden people stop engaging with one another,” the Vanderbilt professor said in his talk.

Metzl shared that many people, including “staunch Republicans,” would say they supported health care reform, though he was careful in his focus groups not to refer to it as Obamacare or the Affordable Care Act. He said they held these views until they learned it would benefit poorer people or black people.

“Everybody supported it,” Metzl said, when he was doing focus groups. Then the “disinformation machine took over” which “tells you that it’s a government intrusion into your lives.”

“All of a sudden these Obama witch care doctor racist posters started showing up at Tea Party rallies,” Metzl said.

Opponents of Obamacare relied on a racist strategy, Metzl says

The Vanderbilt professor again identified race as a motivating factor driving the opposition to the healthcare overhaul law.

He said there is a “regular playbook” used in the South to generate opposition that involves the same three slogans – “Government intrusion into your lives, “affront on your freedom and liberty” and “black people are going to cut in line to take resources meant for you.”

While poor black men would support the legislation because it would help society and keep costs down, poor white men would oppose it, Metzl said.

“The language they used was so incredibly different,” the professor said, and shared one example of a line of reasoning he heard frequently.

“I know this program might help me … but I’m not going to join a system that’s going to benefit undeserving others …undeserving immigrants or minorities,” Metzl recounted. He added that he saw people dying of “real, biological illness” and an “untreated medical illness” but also they were dying of whiteness.

“They were also dying of an ideology, an ideology that told them there were privileges due to them as white Americans,” he said.