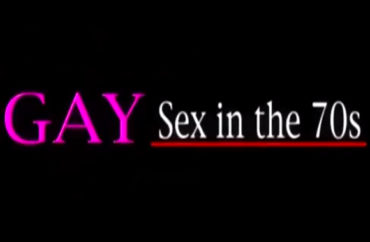 As part of the school’s involvement in a local gay pride celebration, Adelphi University was set to host a screening of the documentary “Gay Sex in the 70s,” followed by a talk by the film’s director.

The unrated 2005 film is described by the university as “a steamy look at a period when gay men experienced an unprecedented freedom from 1969 and the Stonewall Riots until the advent of the AIDS crisis in 1981.”

The screening, which had been scheduled to take place in early May, was to be “part of Adelphi’s participation in the World Pride NYC Parade,” according to the event listing.

Following the publication of this story, campus spokesman Todd Wilson contacted The Fix and said that the screening had been cancelled.

“I’m told that the showing of this film has been dropped due to end-of-year scheduling conflicts (it’s close to finals week and commencement etc.),” Wilson said.

“This is an opportunity for our community to learn about the cultural significance of the Pride Parade and where we need to go looking toward the future,” the listing states. The screening was being presented by the university’s Office of Diversity and Inclusion, along with the Center for African, Black and Caribbean Studies and several other organizations.

Reached for comment on the film and asked how a documentary about gay sex fits in to the university’s participation in a gay pride parade, campus spokesman Todd Wilson told The College Fix: “The University is participating in the parade, but planning is still underway so I don’t have anything more I can tell you about it.”

Asked if there had been any negative reactions to the then-planned screening of the film on campus, Wilson said: “I’m not aware of any pushback about the film or participating in the parade. Adelphi is a welcoming place for all, including those who identify as LGBTQ+, and values inclusion and diversity.”

The film’s director Joseph Lovett did not respond to requests for comment.

The College Fix also reached out to Scott Zotto, the designated contact for the event. Zotto told The Fix he was out of the country; he said he would be available for a phone interview at a later date after returning to the United States. After returning to America, Zotto subsequently informed The Fix that he had contracted a virus while abroad that had kept him out of work, and that he would be unable to answer The Fix’s questions about the documentary.

The film itself features scenes of men performing oral sex on one another, fondling each others’ genitals while kissing and images of men tangling up in threesomes. Throughout the film photos and video footage of barely clad or nude men engaging in sexual acts flash across the screen.

During the numerous interview segments of the movie, men recount their sexual experiences during the 1970s. One man recalls how “you’d have sex several times a day.” Another interviewee tells the camera that “everything was free baby. Get it, bust a nut, keep going.”

Still another notes that, in the 1970s, “anything that was in pornography, you could have in abundance on the street, any day…it was like life was a pornographic film.” That man recounts an occasion that he had sex with another man after only exchanging a smile and being asked if he “got a minute.”

Another notes that drugs “played a big part in it. It kind of liberated people, it kind of got people cooking. It got people to let their inhibitions down a bit.”

UPDATE: Following the publication of this article, the university informed The Fix that the screening had been cancelled. The article has been updated to reflect that.