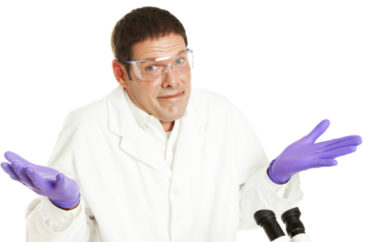 A proposed diversity initiative at Syracuse University has divided some of the professorship there, with over 100 arts and sciences faculty signing a call for a new diversity curriculum but only one STEM professor affixing his name to the document.

Last month, religion professors Biko Gray and Virginia Burrus published “a statement on behalf of SU faculty proposing a university-wide liberal arts core curriculum to improve campus climate and educate on issues of diversity,” The Daily Orange reports. That letter calls specifically for “an extensive liberal arts core curriculum attuned to issues of difference and diversity and required university-wide for all undergraduates.”

Presently the school mandates a diversity seminar, SEM 100, in which freshmen are required to meet once a week for five weeks to discuss diversity matters. The letter-writers call this course “inadequate as other than a transitional measure and ultimately ineffective in shifting the campus climate of discrimination.”

Gray’s and Burrus’s letter was ultimately signed by 148 faculty. But only one of them was a professor from a science, technology, engineering or mathematics field: A lone biology professor stands out as the 132nd signatory to the document.

In The Orange, Burrus expressed disappointment over the near-complete silence of STEM professors on the matter, speculating that science-related fields “are very focused on professional training, often in ways that don’t overlap with the agenda of a liberal arts curriculum.”

The hard sciences in particular show a reluctance to tackle questions of diversity, said George Langford, dean emeritus of the College of Arts and Sciences. Langford, a professor of biology and neuroscience, was the statement’s only signatory from a STEM-related field.

“My colleagues in the sciences tend not to think about issues of race, ethnicity, gender and class,” said Langford. “I don’t think it’s at the top of mind for most of them.”

Langford signed the document because he supports student protesters and wants to make the university culture more inclusive, he said. #NotAgainSU, a black-led student movement, held a sit-in at the Barnes Center at The Arch for eight days in response to the racist incidents.

The letter’s authors also complained about the practice of “cluster hiring,” a practice meant to group faculty into cross-disciplinary “clusters” in order to promote interdepartmental research opportunities.

“There is a suspicion that in order to fund the cluster hires, which are going to the sciences, we’re constricting other disciplines,” Burrus told The Orange. In their letter, the authors wrote that they were concerned cluster hiring is “steer[ing] resources away from the humanities, arts, and social sciences, as well as from efforts to build faculty diversity.”

Read the report here, and the letter here.

MORE: Syracuse activists demand right to exclude potential roommates because of their race