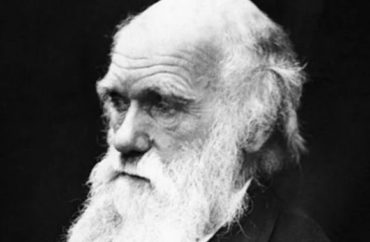 Throughout the nineteenth and twentieth centuries, Darwinism fueled discrimination, eugenics movements, and even a “human zoo” filled with indigenous people who scientists claimed were the missing link between men and monkeys.

As Professor Richard Weikart details in his latest book, “Darwinian Racism: How Darwinism Influenced Hitler, Nazism, and White Nationalism,” it also shaped Nazi ideology—providing a justification for their worst atrocities.

Weikart is a professor emeritus of modern European history at California State University, Stanislaus, the author of six books, and a senior fellow at Discovery Institute’s Center for Science and Culture, an intelligent design think tank.

He spoke with The College Fix via email about his new book, published in late January, and how the history of scientific racism relates to the country’s current cultural moment.

(The following Q&A has been edited for length and clarity)

The College Fix: Most people have heard little about the connection between Darwinism and Nazism. Some have even been told Hitler was a creationist. You refute this claim in your book with extensive documentation of Hitler’s views and official propaganda produced by the Nazi party. For those who are skeptical, to what extent did Darwinism influence Nazi ideology?

Richard Weikart: Hitler and his Nazi compatriots relied on Darwinian concepts to inform core elements of Nazi ideology and policy. In my new book, I provide abundant evidence for the Darwinian influence on the Nazi commitment to racial inequality, the struggle for existence 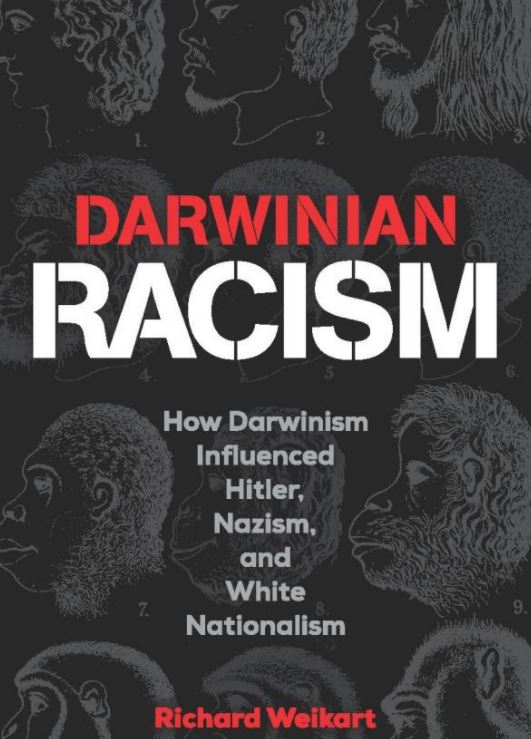 between races, the necessity of expansionist warfare, eugenics (the idea that we should improve human heredity), and euthanasia. When the Nazi regime published training manuals to instruct the SS and police in the Nazi worldview, human evolution and the Darwinian struggle for existence between races played a prominent role.

CF: At a time when conversations about racism are constant, why does the connection between Darwinism and racism seem to be ignored? Why is it important to understand?

RW: Many scholars who write today about racism have no interest in investigating the role of Darwinism and science in the history of racism, because in the late nineteenth and early twentieth centuries Darwinian racism was promoted mostly by progressives.

These academics are overwhelmingly progressives themselves who are committed to Darwinian evolution. However, many historians and academics do investigate the role of religion—especially evangelical religion—in the history of racism, because this fits their anti-religious agenda.

There are two important reasons to understand the connection between Darwinism and racism. First, it demonstrates that scientists and progressives have in the past promoted dehumanizing ideologies, so they should not be immune from critique today. Secondly, white nationalists today are recycling the same Darwinian arguments to justify their notions of racial inequality and a racial struggle for existence.

CF: The Nazis used the ideas of Darwin, Haeckel, and others to justify eugenics and dehumanization. Critics say this is “pseudo-science” and not a legitimate interpretation of evolutionary theory. Is racism inherent to Darwinism — or a misinterpretation of it?

RW: If racism was a misinterpretation of Darwinism, it was a misinterpretation that Charles Darwin and most leading Darwinists in the late nineteenth and early twentieth century were themselves promoting. Racism was a popular idea before Darwin’s time, but Darwin incorporated racism into his theory as evidence for human variation, which he thought corroborated his theory.

Worse yet, Darwin argued in “The Descent of Man” that races were in a struggle for existence that would lead to the extermination of the allegedly inferior races. Darwin thought that the European extermination of aboriginal peoples, which was occurring in his day, would contribute to evolutionary progress. After Darwin, prominent Darwinists in the late nineteenth and early twentieth centuries argued that Darwinism substantiated racism. In 1940, for instance, the Austrian biologist Konrad Lorenz, who later won a Nobel Prize, argued that Darwinism was a powerful supporting argument for the Nazi commitment to racial inequality.

CF: Education played a significant role in exporting Darwinian racism to the public. As you document, evolutionary theory was emphasized in the Nazi school curriculum, and many within the Nazi party were purposefully appointed to prestigious university positions. Are there any lessons in this for today? Is there anything our educational institutions are currently teaching that we should be concerned about?

RW: Yes, one of the more powerful lines of evidence I examined to demonstrate the Nazi commitment to Darwinian evolution was the official Nazi biology curriculum and the way they appointed evolutionary biologists and anthropologists to university positions. This allowed them to inculcate these ideas into the next generation.

In terms of lessons for today, I’m thankful that in the U.S. we have many private universities, colleges, schools, and homeschooling, so that we have alternatives to the ideologies that are coming to permeate our public educational institutions.

In the public universities and schools there are many harmful ideologies that have become quite popular among professors and teachers. I don’t want to single out any particular ideas (it would take too long), but I do want to encourage young people to be courageous in standing up for the truth in the face of destructive and dehumanizing ideologies that are popular among academics.

CF: Your book quotes from the Nazi film “Victims of the Past,” which claimed that “the prevention of hereditary ill progeny is a moral command” and allowing the weak to reproduce is a “sin.” How did this leap from evolutionary theory to a moral imperative for eugenics happen?

RW: Ironically, even though Darwinism does not provide any basis for any moral imperatives (as Darwin and many other Darwinists have admitted), many Darwinists have insisted that whatever promotes evolutionary progress is morally good and whatever causes biological degeneration is morally bad. This is the basis for today’s transhumanism movement. I think they make that leap because they do not believe that humans are created in the image of God, and thus they only value humans to the extent that they have certain human traits that they consider important, such as rational thought or physical prowess.