‘Does City Hall really want to know the consequences’ of massive wage hike?

What happens when you pay university researchers to study the results of your untested policy (a massive minimum-wage hike) and they deliver results you weren’t expecting?

You try to destroy their credibility, of course.

Seattle Mayor Ed Murray, who by Seattle standards is considered a “conservative,” asked University of California-Berkeley researchers to denounce and rebut the study the city commissioned from University of Washington researchers before it was even made public.

Berkeley researchers had earlier released another study of Seattle’s minimum wage, which jumped to $11 an hour in 2015 and $13 in 2016, that found “employment in food service … was not affected” by the wage hikes (they studied “food services” as a proxy for minimum-wage jobs at large).

The UW study, by contrast, used cross-industry data on “work hours” that were not available to the Berkeley researchers, a much deeper set of information that is only available in Washington and three other states:

Using a variety of methods to analyze employment in all sectors paying below a specified real hourly rate, we conclude that the second wage increase to $13 reduced hours worked in low-wage jobs by around 9 percent, while hourly wages in such jobs increased by around 3 percent. Consequently, total payroll fell for such jobs, implying that the minimum wage ordinance lowered low-wage employees’ earnings by an average of $125 per month in 2016. Evidence attributes more modest effects to the first wage increase. We estimate an effect of zero when analyzing employment in the restaurant industry at all wage levels, comparable to many prior studies.

Get that? “Low-wage employees” – defined as under $19 an hour to include the “spillover effect” of raising pay for employees slightly above the minimum wage – lost about $125 a month. The Seattle Times reports:

The report also estimated that there are about 5,000 fewer low-wage jobs in the city than there would have been without the law.

This was not tolerable for Murray, who asked the lead author on the Berkeley study, economist Michael Reich, for his comments on the UW study. Reich said he received an “advance copy” of the UW study June 21, five days before it would be publicly released.

The embargo date on Reich’s return letter to Murray is 5 a.m. June 26 – the same morning the UW study was publicly released. It suggests Murray wanted to bury the city’s own paid research with outside criticism from the moment the public saw it.

Difficult to overstate how bad this memo + last week's report look for the Berkeley team and its perception of scholarly credibility.

The Seattle Times editorial board says it’s even worse than it looks for Murray, whose re-election bid was already tanked by sex-abuse allegations:

Months ago, [Murray’s office] asked the lead Berkeley researcher — the one Murray’s office just celebrated — to critique an early draft of the UW study.

Murray’s office said it had concerns about the “methodology” of the UW study. But the strategy is clear and galling: celebrate the research that fits your political agenda, and tear down the research that doesn’t.

Nevermind that the UW research team is the same one that City Hall hired to evaluate the Seattle minimum-wage experiment. The team is taking an impressively broad and deep approach — surveying and interviewing hundreds of employers and employees, and cross-referencing employment data with food stamp and Medicaid rolls.

The editorial says the rush to impose steep minimum wages across the country “needs good, thorough, independent research. … Does City Hall really want to know the consequences, or does it want to put blinders on and pat itself on the back?” 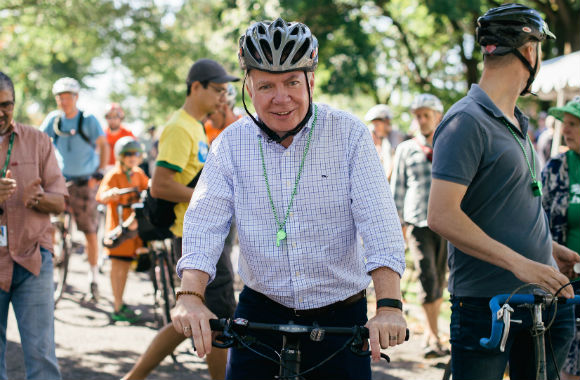 The UW researchers stand by their conclusions in the face of onslaught from the mayor, Berkeley researchers and far-left activists at large. According to the Times:

[Co-author Jacob Vigdor, a UW public policy professor,] said the team assessed the [city’s] economic boom as an “alternative hypothesis” but that that explanation wouldn’t explain why the big drop in employment effects were “statistically invisible” until January 2016 when the second jump in the minimum wage occurred.

“There’s nothing in our data to support the idea that Seattle was in economic doldrums through the end of 2015, only to experience an incredible boom in winter 2016,” he said.

As to the criticisms on the team’s methodology, “when we perform the exact same analysis as the Berkeley team, we match their results, which is inconsistent with the notion that our methods create bias,” Vigdor said. …

As to the substantial impact on jobs that the UW researchers found, Vigdor said: “We are concerned that it is flaws in prior studies … that have masked these responses. The fact that we find zero employment effects when using methods common in prior studies — just as those studies do — amplifies these concerns.”

He added that “Seattle’s substantial minimum-wage increase — a 37 percent rise over nine months on top of what was then the nation’s highest state minimum wage — may have induced a stronger response than the events studied in prior research.”

MORE: Student government demands $15 wage, has no idea how to implement