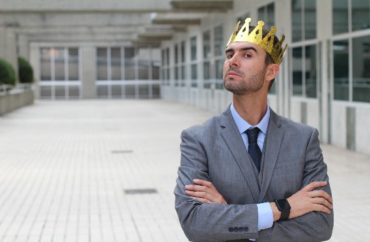 Legends-in-their-own-minds educators still are ultimately accountable to the people who pay their salaries: YOU.

Look at that picture (below) of Tennessee teacher Matthew Hawn. Brooding. Pensive. Foreboding. BASK in that visage of grave concern and perceived responsibility.

All he did, after all, was teach about white privilege … and then he got fired.

[Hawn] was driving to work listening to NPR at the beginning of last school year when he heard a report on what was unfolding in Kenosha, Wis.

A white police officer had shot and injured Jacob Blake, an unarmed Black man, during a call about a domestic disturbance. Two days later, as protests engulfed the small city over Blake’s shooting, Kyle Rittenhouse, a white teenager, shot and killed two people before walking by police. He was unharmed.

Hawn knew what he’d be talking about in his Contemporary Issues class that day.

You can just FEEL that brilliant eureka-ism, can’t you? The noted and trusted news source NPR laid it all out for Hawn. The Sullivan Central High School social studies teacher also had heard about author Ta-Nehisi Coates’ book “Between the World and Me” while watching another totally objective and reliable “news” source, Trevor Noah’s “The Daily Show.”

Coates’ thesis claims “there is no evidence to suggest that America will ever rid itself of white supremacy.” 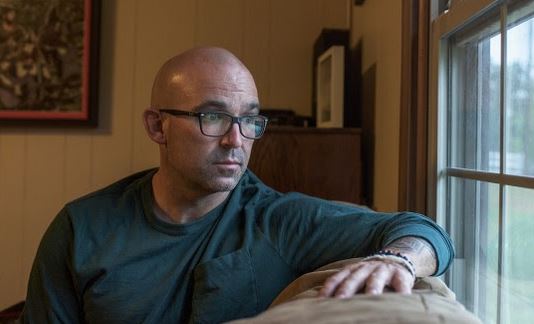 Hawn eventually got into hot water with school and district officials for his one-sided lessons on race and privilege. He had stated during a lesson comparing Blake and Rittenhouse that white privilege is a fact. He assigned another Coates’ essay “The First White President,” about white supremacy and the “rise” of President Trump.

“After each lesson,” the Education Week article reads, “parents complained to administrators, who in turn admonished Hawn.”

MORE: When will teachers ever learn?

Yes, it is. However, Hawn claims he “provided a range of materials with ‘varying perspectives,’” and that “his political views do not affect” how he teaches. He must have forgotten about his statement that white privilege is a fact, something which was highlighted in his dismissal.

Ed Week provides no examples of Hawn’s lessons’ “varying perspectives” other than some testimony from a student:

“Obviously, nobody can find anything because it doesn’t exist,” she said. “But he did encourage us to research both sides so that we could see that there wasn’t another side.”

“Obviously”? “So that we could see that there wasn’t another side?”  “Varying” indeed.

Hawn remained more than welcome to offer and discuss appropriate materials with Contemporary Issues students which provided a more liberal perspective, assuming that would also require offering and discussing appropriate materials, which provided a more conservative perspective on the same subject matter. This crucial—and ethical—standard was lost on Hawn in early 2021 and it appears to be that it’s still lost on him now.

Indeed. Instead, we get tributes to Hawn’s self-righteousness in the name of an alleged “good,” complete with heartstring photos of him petting his dog and noting his journey to honor civil rights icon John Lewis.

Hawn would do well to heed the words of Ampipe football player Stefan Djordjevic to his coach from 1983’s  All the Right Moves:

UPDATE: Hawn lost an appeal during the week of October 18. Hearing Officer Dale Conder said Hawn “was insubordinate and unprofessional and violated the teacher code of ethics when he failed to provide students “varying viewpoints” on the existence of white privilege.” The school board now will decide whether to uphold Conder’s decision.