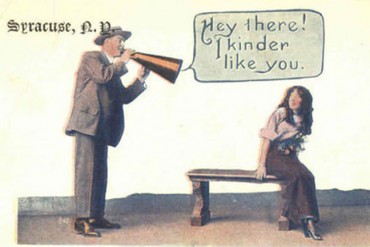 If a college or university is reluctant to discuss something, there is certainly a reason.

Last fall, Claremont McKenna College (CMC) in Southern California introduced its new guide to “Civil Rights Policies and Civil Rights Grievance Procedures.” Like many U.S. colleges, CMC recently revised its disciplinary procedures in cases of sexual harassment and assault, in response to an ultimatum from the Department of Education’s Office of Civil Rights–the “Dear Colleague” letter, sent to all educational institutions within the United States that receive any form of federal funding.

To learn more about the college’s revised policies, I sent a few emails to individuals within CMC’s staff, and was referred to the Dean of Students’ office. The Dean, Mary Spellman, informed me that if I wanted to interview her about the policy, my request would have to be cleared by the Office of Public Affairs. She informed me that all media requests must be referred to that office for approval. I have previously interviewed members of the Claremont McKenna staff, and was never informed of such a policy.

Why is the college being so guarded about its new sexual grievance policies? I wondered.

Next, I sent an email to the Office of Public Affairs requesting an interview with Dean Spellman about the new policy. I received a response that requested that I send a list of the questions I wanted to ask. I obliged, and they told me they would get back to me. A couple days later, I asked to view a copy of the Dear Colleague Letter, and was again told that I would hear back.

After ten days without notice from the Office of Public Affairs, I sent a follow-up email to inquire about the status of my request. I received a statement entitled “Regarding Title IX,” dated November 14, 2012. I was invited to keep checking in on the status of my interview request. I received no response regarding my request to view the Dear Colleague letter, which I later accessed from a professor. (The letter is also available on the Department of Education website.)

Dated April 4, 2011, the Dear Colleague letter specifically addresses Title IX of the Education Amendments of 1972, which “prohibits discrimination on the basis of sex in educational programs or activities operated by recipients of Federal financial assistance.” The letter states that sexual harassment of students, including sexual violence, is a form of sex discrimination prohibited by Title IX.

The letter, which is now the law of the land, stipulates numerous Title IX requirements to which educational institutions must adhere in regards to sexual harassment and violence. It requires that recipients adopt and publish grievance procedures providing “prompt and equitable” resolution of sex discrimination complaints.

The Dear Colleague letter requires that recipients adopt a “preponderance of the evidence” standard to evaluate complaints in Title IX sexual violence investigations. The preponderance standard is met if, evidence considered, it appears more likely than not (a greater than 50% probability) that the sexual violence occurred. The letter explicitly rejects the “clear and convincing” standard, a higher burden of proof previously used by CMC and many other post-secondary institutions. The Dear Colleague letter rejects the clear and convincing standard on the grounds that it is “inconsistent with the standard of proof established for violations of the civil rights laws, and are thus not equitable under Title IX.”

The Office of Civil Rights threatens to withdraw federal funding, including federal student aid, from recipients who do not comply with the grievance procedures detailed in the Dear Colleague letter.

The policy applies to all students, but not yet to faculty.

The American justice system is rooted in the presumption of innocence and the common law premise that a wrongful conviction is a more repugnant than a wrongful acquittal. The new Title IX grievance procedures are inconsistent with this premise. With a preponderance of the evidence standard, the potential for a false accusation to result in a false conviction of sexual violence is exponentially greater.

The college did not publicly announce the new Title IX policies to the student body until December 10 in an email sent by college president Pamela Gann. Notably, the message included no mention of the preponderance of the evidence standard.

It is shameful that Claremont McKenna has not made students immediately and explicitly aware of the preponderance standard. CMC students deserve immediate notification of this policy and an explanation of its implications. They deserve warning that a fraudulent accusation has greater potential to result in conviction, smearing their reputations and destroying their careers.

The college defends the new rules in the statement entitled “Regarding Title IX.” Claremont McKenna writes, “The policies and procedures regarding Title IX are civil and administrative in nature and based an approach that offers a fair process to all parties.”

However, the college’s reluctance to discuss the topic with the media suggests that it is not proud of this new policy.

Fix contributor Amelia Evrigenis is a sophomore at Claremont McKenna College. This article is the first in a forthcoming series on this subject.