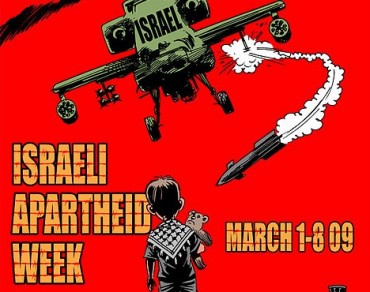 “To every thing there is a season, and a time to every purpose under heaven,” according to both Ecclesiastes 3:1 and, in more recent history, the Byrds. So, when is a good time to protest the Jewish state of Israel? Some university groups thought Holocaust Memorial Day would be a fine choice.

The Muslim Students Association at California State University Long Beach (CSULB) has come under some fire for mounting its “Palestine Awareness Week,” to protest actions of the state of Israel during Yom HaShoah, the Holocaust Memorial Day. MSA scheduled the events April 17-19, seeking to “present information which shows abuses committed against the Palestinian people.

The week’s events included speakers, poetry readings, film screenings and a large wooden “wall” painted with information that was intended to mock the security fence Israel built to ward off suicide bombers and other terror attacks.

The Muslim Student Association at CSULB has a history of unusual judgment choices. For example, in 2007 the group’s president said, “Blowing yourself up is not something everyone can do or something that everyone has the courage to do.”

While criticizing Israel on Holocaust Memorial Day isn’t quite equivalent to sympathizing with suicide bombers, nevertheless some believe that the scheduling of the event was an inappropriate effort to compare the current struggles of the Palestinians with the tragic events of the Holocaust.

“The timing is critical, and the use of the words ‘Nakba’ and ‘Holocaust’ to minimize the Jewish experience is the goal of this entire movement,” says Dr. Asaf Romirowsky, Acting Director of the Scholars for Peace in the Middle East, an organization of scholars who seek fact-based civil discourse of issues pertaining to the Middle East. “This is really an affront to Jewish history and victims of the Holocaust.”

CSULB wasn’t the only university choosing Holocaust Memorial Day for its anti-Israel events this year.

The Harvard College Palestine Solidarity Committee hosted Dr. Mads Gilbert on April 18, who retold “harrowing accounts” of his experience in the Gaza Strip during Operation Cast Lead in 2008. The University of New Mexico “apartheid week” events during Yom HaShoah included both a mock wall and mock checkpoints to mimic and condemn Israeli security measures.

The University of Maryland tried to schedule its apartheid week events for the same time, and did feature speakers from the U.S. Campaign to End the Israeli Occupation, American Task Force on Palestine and the Jerusalem Fund. But although they planned to have the mock wall on campus during Yom Hashoah, rain pushed the event to the next week.

Regardless of complaints over insensitive scheduling, scholars like Dr. Romirowsky say that these Palestine Awareness or Apartheid Weeks are increasingly painting an image of Palestinians suffering like the Jews did in the Holocaust. “The idea of comparing Israel to the Fourth Reich, or that Israeli soldiers are Nazis, and that refugee camps are concentration camps, that is all part of the Palestinian narrative,” notes Dr. Romirowsky.

Likewise, Steve Kuperberg, Executive Director of the Israel on Campus Coalition contributes that, “It’s clearly not intellectually honest or accurate [to compare the Holocaust to Palestinian suffering], and is unbelievably insensitive.”

Stanley Dubinsky, Director of External Relations for Scholars for Peace in the Middle East, isn’t particularly concerned about the timing of these matters, but he agrees with his colleague about the overall effect. “There is a calculated effort to de-Judaize the event [the Holocaust],” he says, by “noting that non-Jews were also killed in the death camps, referring to the many more who were killed by the Nazis in the course of the war…and of course ‘universalizing’ the event by suggesting that ‘never again’ means ‘never again for anyone.’” Dubinsky says that hijacking the phrase “never again,” which traditionally refers to the Holocaust, implies that the Palestinians are suffering from their own holocaust today, at the hands of the Israelis.

At least one other campus incident supports his hypothesis. At an event entitled “Never Again for Anyone” at Rutgers University last year, organizers sought to equate “ethnic cleansing of Palestine” with the Holocaust. This event received significant publicity after the suggested entry donation for admittance became a mandatory fee for Jewish students or those wearing yarmulkes who wanted to attend. Jewish students were in fact denied entry amid reports that attendees in keffiyehs and hijabs were admitted free of charge.

The broadening of the concept of “never again” might look a little uncomfortable to Jews who, ironically, now find themselves unwelcome at events billed under the phrase.

Ultimately, whether scheduling anti-Israel events on Holocaust Memorial Day is a deliberate attempt to delegitimize the Holocaust, pure anti-Semitism, or simply an innocent mistake, it is clear that anti-Israel groups at many universities are distracting students from the true meaning of that day.

Fix Contributor Emily Schrader graduated from the University of Southern California in December. She plans to attend graduate school at IDC Herzilya in the fall.