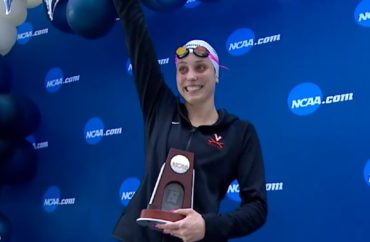 As a UVA grad, I request that you recognize this. #wahoowa

“She took first,” journalist Emma Woodhouse wrote. “As a UVA grad, I request that you recognize this. #wahoowa.”

“She won. They just happened to be running a single lane men’s race at the same time, which is kinda confusing,” another user joked.

“On, Emma won! Shes the real champion!! Congrats Emma for your 1st place finish! Dont be discouraged bc the woke #NCAA gave you a silver medal,” another Twitter user wrote. “We all know that dude who got gold has no right being in your competition.”

The Facebook post received similar comments. “So glad to see all the support for the true woman’s champ on here. I wish UVA athletics and president would speak up,” Cale Brownstead wrote.