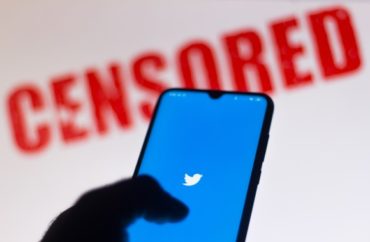 The programs reportedly include the Stanford Internet Observatory and the University of Washington’s Center for an Informed Public, as well as the Atlantic Council’s Digital Forensic Research Lab and social media analytics firm Graphika.

They effectively facilitated a way in which government agencies can evade the First Amendment’s ban on government censorship with the help of Big Tech.

The consortium of tech scholars and consultants “set up a concierge-like service” in 2020 that allowed federal agencies like Homeland’s Cybersecurity Infrastructure Security Agency to file trouble tickets requesting online story links and social media posts be censored or flagged, Just the News reported, adding the group was successful at flagging more than 4,800 URLs.

Among items targeted were blogs and individual social media users’ content as well as news and opinion pieces from organizations such as New York Post, Fox News, Just the News and SeanHannity.com, according to the report.

“Their staff worked 12-20 hour shifts from September through mid-November 2020, with ‘monitoring intensif[ying] significantly’ the week before and after Election Day,” the outlet reported, noting much of the censorship was focused on election integrity issues of concern to conservatives.

The partners all received federal grants from the Biden administration in the next two years.

UW’s press release about the award noted their earlier work on the partnership and praise for the report from ex-CISA [Director Christopher] Krebs, who called it “the seminal report on what happened in 2020, not just the election but also through January 6.”

… Those figures don’t include the federal contracts for each partnership member. Graphika/Octant, for example, received nearly $100,000 in 2021 for its “Contagion Monitor” surveillance and services that use “advanced network science to analyze PRC [Chinese] influence.”

…The Department of Homeland Security, CISA, Election Integrity Partnership and its two leaders, the Stanford Internet Observatory and UW’s Center for an Informed Public, didn’t respond to queries about the new scrutiny.

Read the full report at Just the News.