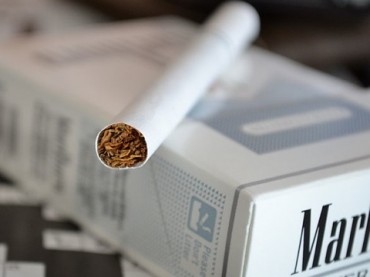 Tobacco and e-cigarette smokers have another school year to enjoy their puffing on campus before Ohio University enforces a campuswide ban.

The Athens News reports that the school will have zero designated zones for smokers starting in the 2015-16 school year, which has one local official predicting a bevy of butts off-campus:

Athens City Council person Steve Patterson said last Monday that he’s concerned about that aspect of the plan forcing student smokers, and more damagingly, their cigarette butts, onto the public sidewalks, streets and alleyways of the city.

“It’s going to drive anybody who chooses to smoke cigarettes out onto the public right-of-way,” Patterson said. “At that point, are they going to put the cigarette butt in their pocket and dispose of it on campus? My best guess as a psychologist is no; they’ll throw it somewhere.”

The school plans to use an Orwellian-sounding “community” model to enforce the rule. You won’t get in trouble for smoking, unless you do it too many times. A student affairs official said

the university is also looking at creating a number of smoking cessation programs and classes to help students quit. Attendance could be mandatory after a certain number of times a student is caught smoking on campus.

Other campus bans have been approved this year at all Georgia public campuses, San Diego State and Ohio State.