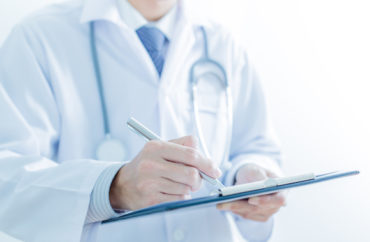 OPINION: Amid pandemic, calls for Medicare-for-all grow. Here’s why that’s a bad idea.

Support for single-payer healthcare, also known as Medicare-for-all, is strong across undergraduate and graduate populations. It is also, importantly, popular among pre-med students, who eventually become activist medical students and then activist physicians.

In 2018, the student caucus of the American Medical Association forced the organization to rethink its long-standing hostility toward single-payer healthcare in a fiery debate that pitted veteran physicians against passionate neophytes. While older physicians motivated by the economic realities of single-payer healthcare warned of the potential financial pitfalls to their profession, the medical students were motivated by the vision of egalitarian social justice that has become synonymous with most institutions of higher education.

A year later in 2019, 47 percent of the AMA’s House of Delegates voted to reverse the organization’s formal opposition to single-payer healthcare. The medical students’ activism had moved the opinion of the country’s premiere medical association and very nearly overturned a policy position that has existed since the 1930s.

In response to the COVID-19 pandemic, the organization Physicians for a National Health Program created an eight-point plan to confront the COVID-19 virus, which was published in The Boston Review:

1. Immediately protect patients from medical costs due to COVID-19.
2. Implement universal coverage through a Medicare-for-all reform.
3. Restore our public health infrastructure.
4. Protect incarcerated patients.
5. Protect immigrant patients.
6. Stabilize hospital financing while protecting patients from hospital costs.
7. Ensure that pharmaceuticals and vaccines – including for COVID-19 – are affordable for the public.

This plan has some significant flaws, chief among them #2. As an economics graduate student and hospital administration professional highly critical of Medicare-for-all, I can attest to the plan’s major shortcomings.

The wrong way to do medicine

The call to protect patients from medical costs due to COVID-19 makes complete, albeit temporary, sense. What makes the COVID-19 situation unique from an economic perspective is how universally people have been affected through no fault of their own. And because the lockdowns gutted Americans’ ability to generate revenue to pay for healthcare costs, temporary protections for healthcare expenditures are certainly warranted.

However, the call to implement universal coverage through a Medicare-for-all reform implies that some form of single-payer healthcare would have prevented the COVID-19 crisis and that the immediate implementation of a single-payer system in America would speed up the battle against the virus.

The logic behind advocating a single-payer system in a crisis is the alleged ability to better administer emergency operations and logistics with a centralized bureaucracy. While this rationale is easy to comprehend, it is not supported by any evidence.

Moreover, the market has been responding fantastically to the outbreak in the United States: Every corporation and private entity that the government has called upon to assist with relief efforts has responded with the requested services and supplies.

New York Governor Andrew Cuomo, hardly a defender of the status quo of American healthcare, said last Tuesday: “Our healthcare system is operating. I don’t believe we’ve lost a single person because we couldn’t provide care… People we lost we couldn’t save despite our best efforts.”

The activists’ calls to “restore” our public health infrastructure implies that Americans would be healthy if all Americans had healthcare insurance and better access to care. As with the first point, this recommendation highlights the fatal assumption of single-payer advocates: the government can make the population healthy.

America has the most advanced medical technology and the most cutting-edge healthcare facilities of any country in the world. The lagging health of Americans (and the resulting high healthcare costs) is a consequence of Americans’ behavior, not its health infrastructure. The number one cause of death in America is heart disease, which is linked to obesity, not lack of access to care.

Unless a single-payer healthcare system can force Americans to exercise more and eat better, it will not lower healthcare costs or improve health outcomes. Additionally from a COVID-19 perspective — as Governor Cuomo’s comments suggested, there is no evidence to suggest that improved health infrastructure would have helped combat the virus more effectively.

The next generation of med students is surely well-meaning, but they are misguided in what government healthcare can actually accomplish. Unless and until the government can control peoples’ everyday choices—an unsavory prospect—it won’t be able to create a healthier populace, and any universal healthcare system here will inevitably fail. Med schools would do well to ensure that their students are aware of this going into the medical field.

MORE: Most young Americans support Medicare for all, according to poll 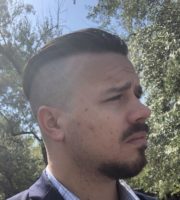 About the Author
Eric Schmidt
Eric Schmidt is an economics graduate student at Purdue University. He holds a BSBA in Economics from The Ohio State University and an MBA from Webster University. He currently works as a healthcare consultant in Lean Six Sigma process improvement and change management.