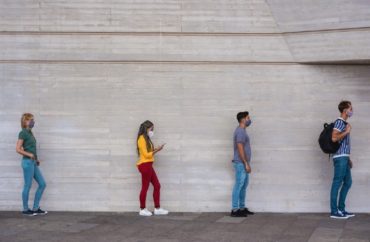 Only small apartment or dorm gatherings are allowed

Stanford University students who believed that campus life would return to normal for the first time in 18 months will be disappointed with the latest news from their school.

While the private California university said the “risk of COVID-19 transmission is very low in masked settings among vaccinated individuals” it has not stopped it from a prohibition on any parties larger than a few people. The school said 95 percent of its students have submitted proof of vaccination.

“Indoor student parties will be prohibited until October 8, the end of the third week of the fall quarter for most students,” Associate Vice Provost Russell Furr said in an email to students. This new prohibition will “help limit the potential for virus transmission in this period when we are returning on-site.”

“Indoor events such as residence hall meetings will still be allowed, as will private gatherings in a student’s room, suite or apartment with no more than four times the occupancy in attendance,” Furr said, granting the students some liberty in exchange for required masking and vaccination.

This means that a four person apartment could host 16 people.

Outdoor gatherings are allowed, but attendees should remain masked at all times except when eating.

“We do want to work to limit the potential for spread in crowded settings as our community returns in-person,” Furr said. “Outdoor events with food are still allowed, and you can lower a face covering to eat – but use good judgment and maintain distance from others when doing so.”

The seven day positivity rate for students is at .34 percent as of September 5 and .67 percent for faculty and staff.