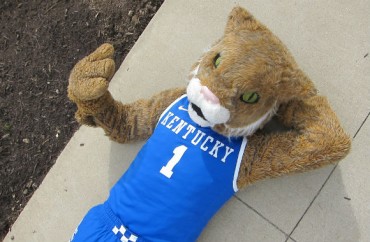 Be on the lookout for sexual-assault victim advocates throwing shade at the results of this survey of more than 24,000 students at the University of Kentucky.

The university itself seems reluctant to highlight the finding that Inside Higher Ed featured prominently: only 5 percent of students reported having been sexually assaulted in the past year. Those figures don’t break down male vs. female responses.

Even if women are the vast majority of these alleged assaults, that would probably be far lower than the 1-in-5 rape statistic often touted by advocates – possibly because the school used a narrower definition of assault than other surveys:

Regarding sexual violence specifically, students were asked about “unwanted sexual experiences” in the past year. These experiences were defined using federal reporting criteria, and included incapacitation due to alcohol or drugs (whether voluntarily taken or slipped into a drink), threats of harm, physical force, as well as escaping from attempts to force sex. Based on these measures, 4.9 percent of UK students reported experiences of sexual assault.

In other words, no “unwanted kissing or sexual touching” counted, as Inside Higher Ed said.

Because taking the survey was mandatory for all students, it also avoided the “selection bias” inherent in surveys that draw disproportionately from people who are passionate about a subject, like victims of assault.

But the administration buried the 5-percent stat below other findings, including one showing that two-thirds of students did not report “violence of sexual assault to campus authorities,” for reasons including “wanting to forget it happened, privacy, or embarrassment.” It said 26 percent of those students “did not want to deal with the formal procedures for reporting a sexual assault.’

It did highlight the finding that 90 percent of students “trust the institution, including UK Police, to manage sexual assault reporting in a fair and helpful manner.”

Read the release and Inside Higher Ed story.