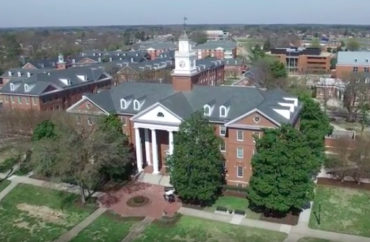 School won’t explain what that means

An official policy at a state university in Virginia prohibits student organizations and members from offending “public morals.” The university is refusing to clarify what that phrase means and how such morals might be violated.

Virginia State University’s student handbook states that, among “unacceptable” conduct from student groups and members is “disorderly conduct.” One of the school’s definitions of “disorderly conduct” is “behavior that…offends public morals.”

Virginia State University did not reply to any of The College Fix’s emails seeking comment on the policy. Phone calls to the school were not answered.

Ambiguous university policies have caused Virginia State University to be listed as a “yellow light institution” by the Foundation for Individual Rights in Education, an organization which monitors and rates American colleges and universities regarding their protection of fundamental rights, particularly free speech rights. The rating indicates the university’s policies “could too easily be used to restrict protected expression,” according to the organization’s website.

In a phone interview, Azhad Majeed, vice president of policy reform at FIRE, told The College Fix that Virginia State University “is a public institution, fully bound by the First Amendment.”

“There’s really no room…for vague and unclear regulation of student expression,” he said.

FIRE has been in contact with the school concerning their speech codes, Majeed told The Fix. The university “has indicated that it would like to work with us on improving those policies,” he said.

The collaboration between the watchdog group and Virginia State is an “ongoing process” as the two organizations discuss recommendations to strengthen the university’s policies, Majeed added.

FIRE is “happy that the university is interested in working with us in that process. I hope that as we move forward…we can help the university comply with the First Amendment.”

FIRE has cited Virginia State University for another policy. In May of 2017, the organization criticized the school for requiring “written approval…at least 10 days in advance” of student demonstrations. At the time the watchdog group noted: “Demonstrations are generally responses to current events — if you force a group to wait 10 days to demonstrate, the impact of their message is likely to be dramatically lessened by the passage of time.” 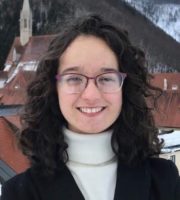 About the Author
Eloisa Gutierrez
Eloisa is a junior at Franciscan University of Steubenville, double-majoring in communication arts and theology. She loves her faith, family, learning, and hiking.