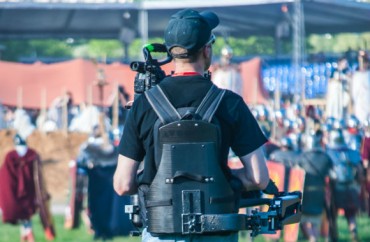 Student journalists should respect the “safe spaces” that campus protesters set up and find other ways to report, a University of Pennsylvania professor told a group of education reporters Tuesday.

A student journalism activist pushed back against that sentiment, saying that journalists must risk showing “disrespect” to their subjects in order to pursue newsworthy stories.

The “webinar,” hosted by the Education Writers Association, sought to teach the media how to cover campus protests in light of clashes between protesters and reporters at schools including the University of Missouri, Smith College and Loyola University Chicago.

It considered the example of Mizzou student photojournalist Tim Tai, who held his ground as Mizzou protesters – and even a professor and administrator – tried to muscle him away from their protest space.

“In that moment that brave student journalist was in that situation, how should a journalist handle that circumstance” in which “protesters are telling you they don’t want you here?” Kenneth Terrell, the association’s project director, asked the webinar speakers.

Prof. Shaun Harper, executive director for the Study of Race and Equity in Education at Penn, said that when “protesters are asking to have their spaces respected, I would encourage the journalist to respect their space.”

Some protesters have felt “so many years of disrespect from the media” that they won’t trust a reporter “at that moment,” Harper said. There are “other ways to get the narrative” from campus protests without being “so invasive,” and in ways that honor “cultural sensitivity.”

RELATED: Univ. of Missouri student: ‘Several of us are afraid to disagree with other students’

If journalists can capture “some aerial footage” of protests to use in B-roll, “and then connect with some individuals away from the crowd, you’re far more likely to be successful” in getting interviews, Harper said.

Would you let an abortion-clinic protester stop the cameras from rolling?

Deciding how to cover such tense events is a “very situational judgment” that doesn’t lend itself to strict rules, said Frank LoMonte, executive director of the Student Press Law Center.

A subject’s discomfort “can’t be conclusive or decisive if you decide … there’s a pressing public need for the public to see what’s going on,” even if that means showing “disrespect” to the subject, LoMonte said.

He suggested reporters respond along the lines “‘this is the biggest news story in America today. You may feel like my presence, with the presence of this camera here, is disrespectful, but this is a form of respect.” LoMonte recommended journalists be able to quote the law respectfully when challenged, to stay out of trouble with law enforcement and campus police.

LoMonte told The College Fix in a followup email that “respect” is different between, say, “a gathering of the grieving families of plane-crash victims” and an abortion-clinic demonstrator “waving a sign that says ‘abortion doctors should be shot.’”

RELATED: Not even ‘a handful’ of recent student protests have violated others’ rights, academic claims

Though Tim Tai “made the right call” in challenging the Mizzou protesters, that situation is less concerning than the “near-total inability of journalists to get meaningful access to to decision-makers” on campuses who are hidden behind “an impenetrable bank of P.R. functionaries,” LoMonte said.

Harper did not respond to a Fix query to further explain his statements.

The Student Press Law Center has released its own “tip sheet” on how to cover “protests, demonstrations and crime scenes,” focusing on the threat of arrest when reporters cross paths with police.