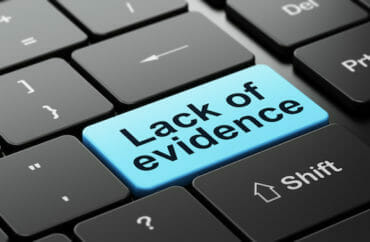 A student at Middlebury College says she’s facing expulsion after publishing a crowd-sourced list of reputed sexual assaulters under the banner of “Men to Avoid.”

The list, posted to Facebook in December under the “friends of friends” privacy setting, offered no evidence to back claims that included emotional abuse, sexual harassment, sexual assault and rape by students at the Vermont private college.

Middlebury senior Elizabeth Dunn posted the list in order to “move toward a conversation” about sexual assault that was inspired by the #MeToo movement, she told Vermont alternative weekly Seven Days.

While the post originally began as a lone accusation against a man who had allegedly assaulted Dunn several years earlier, Dunn invited readers to “dm [direct message] me more names to add to this status.”

“The messages just started pouring in,” she told Seven Days. “There’s just a lot of collective pain and trauma that people have experienced here” at Middlebury, she added.

Dunn evidently took no steps to verify any of the claims she posted, which featured accusations such as “physically /emotionally abusive,” “rapist, physically violent,” “treats women but especially Black women like shit” and “serial rapist.” The list was quickly taken down by Facebook, but physical copies of it were subsequently placed around campus, according to school newspaper The Middlebury Campus.

The school originally contacted Dunn to learn the names of the students who had submitted the accusations to her via Facebook. Dunn refused, eventually deleting all the messages. Middlebury judicial officers subsequently told Dunn she was facing “suspension or expulsion” for violating the privacy of the students on the list, she told Seven Days.

A petition calling for “no official college discipline for Liz Dunn” mentions that Dunn is facing sanctions “for violation of the Respect for Persons clause in the Student Handbook.” That petition appears to have 21 signatures attached to it.

Asked if Dunn were facing expulsion, and if the school could confirm or deny the several dozen accusations found in Dunn’s list, Middlebury spokesman Steve Collier told The Fix the school “cannot comment on an ongoing investigation” and said “the privacy of student records is protected by law,” without identifying the law in question or how it applies to this specific situation.

The Family Educational Rights and Privacy Act is often cited by colleges that want to prevent the release of embarrassing information or evidence of wrongdoing. A new law review article claims FERPA has given colleges “a distorted excuse for institutional stonewalling.”

Collier continued that “it is important that all aspects of our investigations and decisions are conducted thoroughly, fairly, and confidentially.”

“This harm is being done by, like, specific people and by specific individuals,” Dunn told Seven Days, “and if we want to move toward a conversation about, like, healing and accountability and growth, there needs to be some acknowledgment that harm was done.”

Dunn has been involved in activism on Middlebury’s campus in the past. Last year she helped organize a protest against political scientist Charles Murray, a demonstration she told The New York Times was “meant to disrupt his speech.”

At Middlebury’s college radio station website last September, meanwhile, Dunn authored an essay in which she repeatedly told white people to “shut the fuck up.”

Dunn did not respond to two requests for comment from The College Fix via her Facebook page. When The Fix attempted to access to her Facebook page shortly before publication, it appeared to have been deactivated.

Middlebury spokeswoman Sarah Ray told Seven Days that the college “takes all allegations regarding sexual assault and discrimination extremely seriously. Our policies encourage reporting of assaults and ensure that allegations are investigated thoroughly, fairly and confidentially.”

“The public posting of allegations,” Ray added, “raises many issues for our community and has no role in a fair and balanced process.”

Last year at Brown, a sexual assault advocacy group publicly accused a man of sexual assault, only to learn afterwards that he was innocent. The group blamed a “rape apologist” for spurring the false accusation.

MORE: Northwestern accused fraternity of rape based on anonymous report about unidentified victims