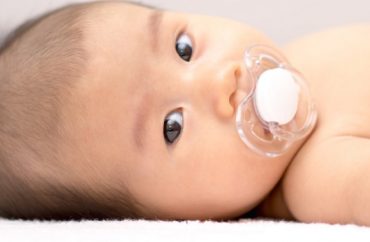 While walking on the Florida State University campus earlier this year, a student noticed a pro-life group holding signs “advocating for anti-abortion propaganda.”

According to the student, the protesters “were stopping innocent students simply trying to walk to their classes by harassing them and forcing their own beliefs onto these students.”

“Campus is supposed to be a safe environment and I was extremely uncomfortable and disappointed in FSU today,” the student said. “Nothing was being done to protect students from this harassment.”

“I understand that freedom of speech is a crucial part of today’s world, however, it should not be to this extent while on a school campus,” the student wrote in a March complaint to the FSU campus behavior reporting system.

In the complaint, the student recommended “Some sort of action to prevent [groups] from being able to harass others while walking to class,” saying “this is not the first time that I have felt uncomfortable while on campus.”

This complaint is one of the 31 filed with FSU during the 2018-19 school year that have been obtained by The College Fix through a public records act request. The names of the individuals involved were redacted by the university to protect their identities.

On the FSU reporting site, students and instructors are encouraged to submit complaints about any activity on campus that distresses them or makes them uncomfortable. Complaints may be submitted anonymously.

One link allows campus members to report “concerning behavior” by others at the school, including “unexplained absences,” “yelling or aggressive comments,” or “deteriorating physical appearance or personal hygiene.”

The reporting website “is an efficient and effective means to share information concerning allegations of misconduct that may be happening in the university community,” said FSU spokesman Dennis Schnittker in an e-mail to The College Fix. Schnittker noted the website has been in use since June 2016.

Students can report one another even if they take issue with something uttered in a private conversation, which happened after a late-night discussion involving international students in May of this year.

After discussing whether Domino’s Pizza was still open to deliver them a pizza, the friends chatted about their experiences with homosexuality in the culture. One student said that when growing up overseas, gay people were “mistreated, beaten, killed, and overall just abused in the country.”

Another student said they didn’t see a gay person until they moved to America at age 10, and when they did, their reaction was “what is that?” Another student, discussing the way times have changed, said their friends would often use the word “faggot.” The students went on to discuss a gay friend of theirs, saying nobody would believe he was gay because he “muscular, played sports, and had girls that liked him.”

One of the students in the group, who the other students knew was gay, nonetheless reported the group to the administration for the content of the discussion.

The gay student said he told the other participants to stop using the word “faggot,” but they were “dismissive.”

The gay student said the other students should be “educated on the matters that they discussed in the group.”

“Their consequences should, AT LEAST, include sessions at the Center for Leadership and Social Change, or some sort of program where they are educated on identities,” he wrote.

Other incidents reported to the university included:

· A student appealing a bad grade said the instructor “made comments that are taken as racially insensitive in my culture as they are a means of calling someone stupid on the sly.”

· A complaint about a student with 133,000 Twitter followers who would tweet things like “white women are garbage.” The complaint asks the school to make the student delete all of his “racist” tweets and publicly apologize.

· A student simply reported “I was denied a water cup.” The complaint recommends that water cups be available on campus.

Several complaints were filed in December about an Instagram post from a group of students that features a photo of men in sombreros and striped ponchos with a caption saying “we don’t pay cover or taxes.”

The photo was posted by former members of the Pi Kappa Phi fraternity, which disbanded in 2017 after one of its pledges died in an alcohol-related incident. At the time, FSU vice president for student affairs Amy Hecht said the post “angered many as repugnant and insensitive to the Hispanic/Latino community and was in direct opposition to the university’s values.”

Citing state and federal privacy laws, Schnittker declined to say whether the students had been formally sanctioned by the university for the photo.

“However, Florida State University respects the rights of all individuals to free expression and speech,” he said.