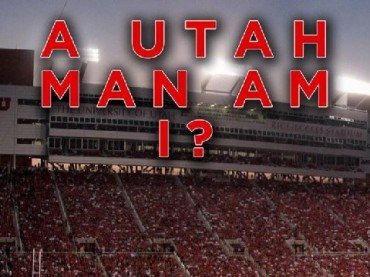 The student government at the University of Utah has voted to change the “Utah Man” fight song, which a majority of its members deemed sexist, oppressive and racist.

The resolution, passed Tuesday night, states the phrase “Utah Man” – the song’s title and a mantra repeated throughout the cheer – “can reasonably be interpreted as (a) reminder of a status given to male students or men as representatives of all students, even though many students … do not identify as men or being a man.”

The students also voted to change a stanza in that song that proclaims “our coeds are the fairest.”

“This phrase can be reasonably interpreted as objectifying women on campus while also supporting a hierarchy built on complexion and skin tone, privileging a light or ‘fair’ appearance,” the resolution states.

It goes on to say that, as it stands, “Utah Man” hurts some students’ feelings and makes them feel excluded from campus events. The fight song, written in 1904, is performed at commencement as well as at sporting events.

“It did not represent me when I identified as a woman, and it does not represent me now as a genderqueer individual,” student government representative Allison Boyer told the Daily Utah Chronicle campus newspaper.

“We face serious issues of racism and sexism,” said student government President Sam Ortiz. “The fight song is not the cause, but it is parallel to the seriousness of those issues.”

Possible replacements would be “I am a Utah fan” and “our students are the brightest,” reports the Deseret News.

The non-binding vote will now go before President David Pershing for approval.

Not everyone supports the proposed changes.

“Singing Utah Man after a touchdown and after the games makes me feel like I’m a part of the team, not just a fan,” Kimberly Esparza wrote on the student government’s Facebook wall.

And Rich Ingleby opined: ” … this just seems like PC-pandering driven by a very small minority of students just looking for a cause. Further, keep in mind that this happened without a poll/vote of the student body or alumns. Quit looking for reasons to be offended.”

On Twitter, #SaveUtahMan began to trend, with some calling for alumni to contact Pershing and voice their disapproval over the decision.

Currently, the fight song’s lyrics include:

VERSE
I am a Utah man, sir, and I live across the green.
Our gang, it is the jolliest that you have ever seen.
Our coeds are the fairest and each one’s a shining star.
Our yell, you hear it ringing through the mountains near and far.

CHORUS
Who am I, sir? A Utah man am I A Utah man, sir, and will be till I die; Ki!Yi!
We’re up to snuff; we never bluff,
We’re game for any fuss,
No other gang of college men
dare meet us in the muss.

Listen to the song: