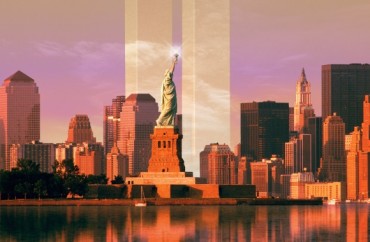 Despite widespread student and administrative support, a resolution calling for a 9/11 moment of remembrance was recently vetoed by the Minnesota Student Association, the University of Minnesota’s undergraduate student government that serves as the “voice of the student body.”

The MSA voted against the resolution 36-23 on Nov. 10, after opponents expressed concerns about the resolution’s potential to cause “Islamophobia,” and questioned the implementation of a campus-wide moment of recognition.

But their decision to refuse the Sept. 11 tribute prompted nationwide criticism, and the university’s administration recently stepped in to overrule the students.

“MSA leaders have indicated their intent to reconsider this issue, but regardless of MSA’s next steps, the university will move forward with its plans to honor and remember the victims of 9/11,” administrators announced.

“Honoring those who died in 9/11 and respecting our Muslim community on campus are not mutually exclusive,” President Eric Kaler stated in a release. “I am confident that we can create a meaningful remembrance that is inclusive to all on campus.”

On Nov. 24, about a week after officials’ announcement, the student government approved an annual moment of silence to recognize the victims of 9/11 in a nearly unanimous vote, the Pioneer Press reports.

The student government approved the measure on a voice vote, and an estimated four or five people voiced opposition, the Press added.

Leading up to the initial controversial student government vote in early November, MSA representative and Director of Diversity and Inclusion David Algadi criticized it, reportedly stating that “the passing of this resolution might make a space that is unsafe for students on campus even more unsafe. Islamophobia and racism fueled through that are alive and well.”

Nathan Amundson, president of UMN’s Students for Liberty chapter, also said that debate about the resolution revolved around whether the resolution might have the effect of creating an anti-Islamic sentiment on campus, The Minnesota Republic reports.

After public outrage, the Minnesota Student Association has stated that the opposition to the resolution stemmed from procedural concerns rather than disputes about its content.

In a press release, the MSA said that “much of the coverage of this resolution has revolved around the discussion of the potential perpetuation of Islamophobia.”

“While this was certainly a valid and unanswered concern of the body, much of the discussion in the forum on this resolution also revolved around the logistics of how a moment of recognition could be implemented on a college campus of thousands,” it added.

Danita Brown Young, vice provost for student affairs, published a similar statement which noted that MSA’s rejection of the resolution has caused “a great deal of confusion,” and that the students’ discussion “was wide-ranging, addressing a number of procedural, as well as content issues.”

“The maturity to want a more comprehensive resolution should be applauded,” Young added.

Among those to criticize the decision to reject the resolution were UMN students, including Anders Koskinen, chair of the University of Minnesota College Republicans.

“It’s appalling that this resolution was defeated,” Koskinen wrote in a press release. “The disrespect that the 36 people who voted against this showed toward the victims of 9/11 and their families is absolutely unacceptable.”