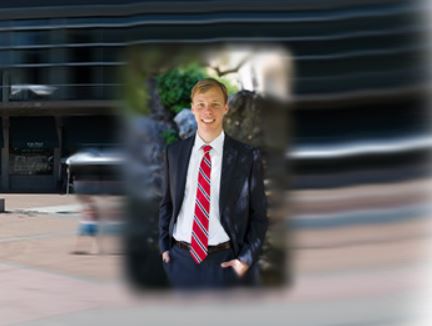 Many college students spend their free time playing video games or partying, but not Nate Honeycutt.

The 20-year-old psychology and political science major, who attends a highly regarded public university in central California, used most of his free time during his junior year to research academic bias, and over the last two semesters uncovered an extremely liberal bent among campus leaders and professors in his region.

Honeycutt, an incoming senior at California Polytechnic State University, San Luis Obispo – one of the top research institutions among the public system’s 23 campuses –documented widespread leftist political bias across a majority of academic disciplines at his and three other nearby universities through a large-scale online faculty survey and by looking up campus leaders’ party affiliations through the registrar of voters.

The research found conservative academics are outnumbered by liberal ones by a 5 to 1 margin.

What’s more, conservative professors surveyed reported that they experienced hostility from peers because of their viewpoints, and tended to avoid outing themselves as conservatives to ensure they were not harassed or intimidated.

The survey was massive in scope: of the 2,339 questionnaires sent out, 644 professors responded representing nearly 80 academic disciplines.

“This really stifles the discussion and education and learning about how other people think,”  Honeycutt said in an interview with The College Fix. “These results are really disheartening. I think the university should be a place where open discussion is encouraged and alternative view points are expressed.”

Perhaps not surprisingly, Honeycutt’s findings were not reported on in his campus’ student newspaper. But his data – meticulously researched and scientifically presented – was touted at not one but two psychological conferences in recent months: the Western Psychological Association convention, held in April, and the Association for Psychological Science gathering last month.

“I really enjoy politics, and at the same time I am looking to pursue a career in higher education,” he said. “This is good way to see what I am going to be getting myself into.”

As part of his research, he launched an investigation in August to determine the political leanings among Cal Poly’s faculty, administrators and student campus leaders via their party affiliations denoted at the Registrar of Voters office.

Of the 1,554 people Honeycutt looked up, 627 were registered Democrat while only 242 were registered Republican. Another 363 were unknown, 265 did not cite their party affiliation, and the rest were among the Libertarian, Green, Independent and other smaller parties.

His research found about 40 percent of the campus leadership is Democrat while only about 15 percent is Republican.

Soon after that project was completed last fall, Honeycutt took on the much larger online research project, launching the survey of faculty at Humboldt, Monterey Bay, San Luis Obispo and Stanislaus universities to determine their political leanings. Those results were released in early May.

Honeycutt undertook the efforts without the aid of a nonprofit or leadership from an activist group. He said he just wanted to do it.

He said he is glad he did, that the findings are important, as they prove discrimination occurs in higher education and dissenting voices do not have equal standing in the academe.

“This is a topic that a lot of faculty and administrators don’t really want to talk about,” he said. “It’s great to be able to start those conversations.”

For more on Honeycutt’s many and varied undertakings, visit his personal website.