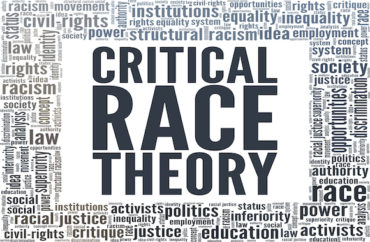 Despite progressives’ denials and contradictory claims regarding the teaching of critical race theory (CRT) in American schools, a new survey of recent high school graduates shows its concepts indeed are being taught.

According to City Journal, the Manhattan Institute asked just over 1,500 eighteen-to-twenty-year-olds if they were ever taught six critical race theory-related concepts, “four of which are central” to it.

Of those “central” four — which include “America is a systemically racist country,” “White people have white privilege,” “White people have unconscious biases that negatively affect non-white people” and “America is built on stolen land” — clear majorities ranging from 57 to 69 percent reported either being taught about the topic or “hearing about it” from an adult at school.

The two other statements, “America is a patriarchal society” and “Gender is an identity choice,” garnered slightly smaller majorities at 53 and 51 percent respectively.

The survey also found that a clear majority noted there weren’t any opposing, or allegedly “respectable” opposing, viewpoints offered by school personnel with regards to the CRT-related statements. 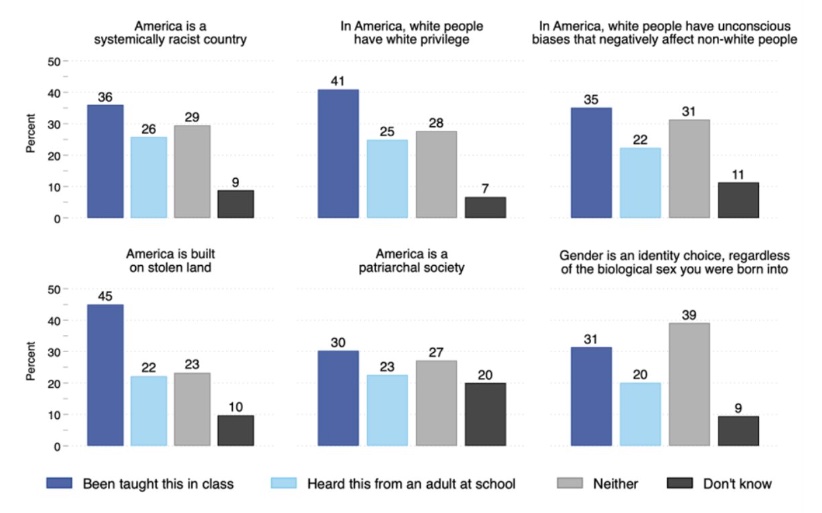 These findings indicate that those reporting being taught more CRT-related concepts are more likely to endorse negative moral appraisals of and to view white Americans as responsible for black disadvantage. Among whites, greater CRT exposure is also linked to higher levels of guilt over racial inequality. Finally, and perhaps consequently, greater CRT exposure predicts a higher likelihood of both white and minority young people supporting race-conscious policies that afford preferential treatment to African-Americans. The same is true for gender. …

The vast majority of children are being taught radical [critical social justice] concepts that affect their view of white people, their country, the relationship between gender and sex, and public policy. For those inclined toward a colorblind and reality-based ideal, these findings should serve as a wakeup call. Unless voters, parents, and governments act, these illiberal and unscientific ideas will spread more widely, and will replace traditional American liberal nationalism with an identity-based cultural socialism.

City Journal notes the Manhattan Institute will have a more in-depth report on this subject in a few months.

MORE: Over half of American teachers oppose the teaching of critical race theory