A Michigan high school student is suing his school district after allegedly being suspended for discussing his Christian beliefs in private.

According to The Detroit News, Plainwell High School student David Stout claims the three-day suspension last fall was for talking about the topic “in a private text conversation and in a hallway.”

As noted in the complaint, one of Stout’s text read “the Bible teaches that homosexual conduct is a sin,” and that “everyone is a sinner due to freewill choices.” He also wrote he “would pray for (homosexuals) ‘to repent and follow Jesus.'”

The suit claims one of the school’s band directors, Austin Hunt, chided Stout for “not policing and reporting other students’ inappropriate jokes” — meaning he laughed at others’ (inappropriate) “racial and homophobic jokes” and “didn’t immediately stop them.” 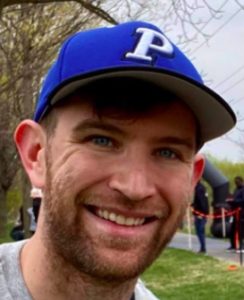 Hunt (left) allegedly told Stout he had to cease discussing religion on social media, and that he and his bandmates were “stealing others’ happiness.”

Perhaps most alarmingly, in response to Stout telling Hunt that he was being “very one-sided” and was trying to “shame, intimidate, and silence conservatives and Christians,” Hunt said that was a “correct” assessment.

“Public schools may not violate the constitution and enforce a heckler’s veto of student speech,” the GLJC’s David Kallman said. “Nothing David did caused any disruption or problem at the school. He has the right to express his opinion in accordance with his sincerely held religious beliefs, without vilification or punishment from the government for holding to those beliefs.”

Furthermore, the center said Stout was punished for others’ offensive behavior at a football game last October. Stout, they said, did not participate in the activities and was not aware of them. According to the complaint, when the high school’s Homecoming king and queen were introduced during halftime of the game, the crowd booed and directed derogatory remarks toward them. Stout, who is a member of the varsity football team and the school’s marching band, was changing uniforms at the time and unaware of the incident. …

Officials with the Plainwell Community Schools said Tuesday they could not comment on pending litigation.

Stout’s father, who is also named David Stout, said he hopes the suit will clear his son’s school record.

“We have always taught our son to be respectful of everyone’s opinion and to be polite to others, as he was here,” Stout’s father said in a statement. “However, tolerance is a two-way street. David is entitled to properly express his faith and beliefs without being disciplined and suspended by Plainwell schools.”