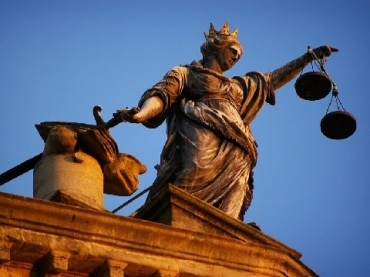 Some in the audience even suggested that the accused should not be innocent until proven guilty, and the emotionally charged talk included suggestions by UW-Madison professor Anne McClintock that “men on campus … are at greater risk of being assaulted on campus than they are of being falsely accused of a rape” and that “this university does expel students for plagiarism, but not for rape.”

A UW-Madison student on the panel who described herself as a rape survivor said she had, however, successfully gotten the first male student ever expelled from UW-Madison for rape.

Monday’s “Confronting Campus Rape” panel aimed to tackle the controversial topic of sexual assault on campus and “reframe the debate, discussing university culture and policy, pedagogy, and student experience through the lens of feminist philosophy, legal theory, and studies of sexuality and power,” according to the event’s official description.

McClintock is an English and women’s and gender studies professor at the university who has given many keynote lectures on the intersections of sexuality, race, gender, nationalism and imperialism, according to her online faculty profile. Additional panelists included philosophy professor Claudia Card and law professor Cecelia Klingele.

Listen to some of McClintock’s comments:

During the discussion, the rights of the accused were often called into question. All the panel members initially stated that people accused of crimes should have some rights, but that message quickly lost ground as the event unfolded.

The student who said she was raped described herself as “horrified” to discover that her accused rapist was given rights of due process from the university. She also claimed that a UW-Madison dean informed her that the system is set up to protect the rights of the accused, but declined to name the administrator who made these comments.

The rights the student said she was troubled to learn of can be found in Chapter 17 of the UW-Madison Student Nonacademic Misconduct Policy. They include the right to a hearing and the right to have a written summary of allegations from the accuser.

The student said she does not support these rights and added: “This policy needs to be rewritten by the students, for the students to heal what is broken in order to seek full accountability.”

The fact that she was required to write a statement of accusations toward her alleged rapist, but he was not required to speak in his defense, was another problem the student said she had with UW-Madison’s policies.

“This put me at an obvious disadvantage,” she said.

In criminal court and university statutes, individuals accused of a crime have the right to remain silent. The student panelist and others in the crowd voiced concern over this idea.

The student also said she felt it was unfair that there is an appeals process for the accused. She told the packed room that “the accused has the right to appeal the misconduct decision, but the complainant has no right to appeal.”

Toward the end of the event, the audience asked questions.

A woman who identified herself as a teaching assistant stood up and said she did not feel that the notion of innocent until proven guilty should apply to rape cases because it only helps protect the rights of the accused instead of the victim.

Only one of the panel members spoke out in disagreement with this statement. Klingele, the law professor, said that because she was a legal scholar, she had to disagree with this premise.

Editor’s Note: After this article was published, Professor Anne McClintock contacted The College Fix to express her concern at what she believes are inaccuracies in the article, as well as to give her arguments more context.

McClintock pointed out that her arguments are substantiated by the fact that the UW-Madison has now been brought under investigation by the U.S. Department of Education for possible Title IX violations for their mishandling of sexual assault complaints. McClintock stated that UW’s Misconduct Code Ch. 17 does not give the complainant the same rights that it gives the accused, and that the UW is now working to revise the code to bring it into compliance with federal law.