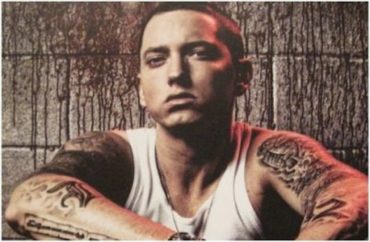 Jonathan Rieder, who teaches “Culture in America,” claimed the epithet is an example of “intersectionality and identity,” according to the Columbia Spectator.

Bwog reports that in addition to the N-word, Rieder allegedly has made “provocative statements” in the past, such as “uncomfortable generalizations about women and people of color.”

Both articles note Rieder invited those concerned about his use of the slur to stay after class to discuss the matter further. In that discussion, Rieder allegedly used the word “bitch” and a “homophobic slur” as “examples of marginalized people possibly reclaiming words.”

The professor also said using the N-word with an “a” at the end instead of an “r” makes a big difference. In an apology email, he explained “the two endings of the word […] ‘sociolinguistically … function as a different word.’”

“It’s fair to say that I didn’t need to quote the word,” Rieder wrote. “I regret any pain or offense caused by my quoting, whether one student or the whole class felt pain or offense. You should know that in the remaining weeks of the course, no material will call for saying the word.”

Rieder told the Spectator he’s never used racial epithets “on his own,” and has tried to “balance” student concerns with his “pedagogical and sociological beliefs.”

“His apology definitely had a tone of ‘I’m sorry that you guys reacted in this way,’ without him actually taking accountability and feeling genuinely sorry about what he did,” said Julia, another student in the class.

Some students also expressed frustration with Rieder’s casual use of the slur given his identity as a white man, as well as the power imbalance that exists between students and instructors in the classroom.

“That word will never be used against you in a dangerous and negative way, and you don’t have authority to be able to choose whether or not you can say it,” Sarah said regarding Rieder’s use of the N-word.

After students voiced their concerns about the use of the slur during class, the discussion shifted more broadly to the topic of free speech on liberal arts campuses.

“[Rieder] mentioned how we are in a liberal bubble, being at this school. And this is what he’s concerned about at liberal arts colleges, how we’re becoming too sensitive and we’re sanitizing too much of our learning,” Sarah said.

Some students also made light of Rieder trying to use black academic John McWhorter in his defense, and they lamented how his having tenure might preclude having “serious action” taken against him.