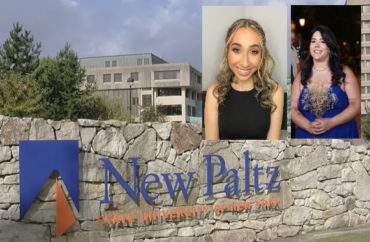 Two State University of New York at New Paltz students said they were harassed, bullied, vilified and excluded from New Paltz Accountability, a sexual assault survivor’s club, because of their Jewish identity.

As a result, the Louis D. Brandeis Center for Human Rights Under Law has filed a complaint with the U.S. Department of Education’s Office for Civil Rights on behalf of Cassandra Blotner and Ofek Preis, alleging SUNY’s New Paltz complacent attitude allowed and condoned the antisemitism the young women faced.

“SUNY NP is also denying Jewish and Israeli survivors of sexual assault on campus equal access to the educational opportunities and services they need, on the basis of their shared ancestry, ethnicity and national origin in violation of Title VI,” it added.

Denise Katz-Prober, a Brandeis Center lawyer who represents Blotner and Preis, said in an interview with The College Fix that the two women were treated horribly.

Title VI of the Civil Rights Act requires universities ensure Jewish and Israeli students are not denied educational opportunities on the basis of their ethnic or national identities, she said.

New Paltz Accountability was originally co-founded by Blotner, but controversy began late last year after she posted an infographic to her personal Instagram that included the statement: “Jews are an ethnic group who come from Israel. This is proven by genealogical, historical and archeological evidence. Israel is not a ‘colonial’ state and Israelis aren’t ‘settlers.’ You cannot colonize the land your ancestors are from.”

Preis later reshared it in a show of support. “It was historical facts, and I reposted it to support her (Cassie),” Preis said.

Both women were targeted with angry messages as a result.

Blotner told The College Fix in an interview the harassment she experienced between the winter of 2021 and spring of 2022 was so severe she left campus for a semester.

Countless threatening messages were sent over messaging apps, detailing where students could find Blotner. She said some messages read “Find Cassie in town,” “She is here,” “Find the Zionist” and “Spit on her,” according to Blotner.

“For this entire social media platform to only be talking about me and threatening me because of my beliefs, that was enough that I did not feel safe at all, so my dad picked me up and I went home,” Blotner said.

“That in itself goes back to what is so triggering about being a survivor–feeling like you can’t go to school like all the other kids, like you don’t feel as safe as all the other students, that you feel constantly on edge and looking for the next impending danger,” Preis said.

“The Office of Diversity, both with UPD and Title IX, and our professors, did not offer any alternatives or ways to fix it. They did not offer actual solutions. They only told us that it was unfortunate,” she added in an interview with The College Fix.

In a February 2022 campus newspaper article detailing why the two women were shunned from the program, cofounder Karl Velikonja told The Oracle “when there’s a member with political beliefs that will kind of deter us from [our mission], then you know, that’s something we can’t have in our group.”

“I think defending Israel or supporting Israel in any way or any kind of imperialist capitalist nation that oppresses and kills people and exploits people and gives them diseases and any type of condoning or being okay with that is totally not accepted in our group.”

Blotner and Preis said in interviews they hope this case will cause SUNY New Paltz to educate its faculty and student body about Jewish history and antisemitism.

“I would like to see our school adopt the IHRA [International Holocaust Remembrance Alliance] definition of antisemitism so that way they do act upon it when people are anti-Zionists,” Blotner said.

As the two students gear up to return to campus this semester, both said they have anxiety about what they may face with the federal complaint looming overhead.

The two added they hope to spread awareness and pride to the Jewish community of SUNY New Paltz. They are even working with Jewish on Campus.

The College Fix reached out to SUNY New Paltz for comment, but its media affairs division did not respond. 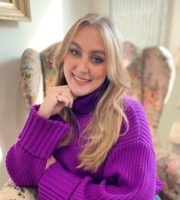