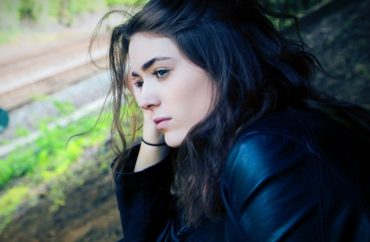 This weekend, pro-abortion students joined with other activists to march in support of killing their preborn children through legalized abortion.

Heartbreakingly, these students are so singularly focused on their career and future life that they seem to have failed to take into account how abortion leads to a poverty of the soul that is more painful than material poverty (not that a lack of abortion means someone will be in poverty).

Pro-abortion website Bustle.com highlights a few such Texas students who are helping their peers kill their babies, despite restrictions in the Lone Star State.

One student, Carmen, hands out stickers with QR codes that tells women where they can buy chemical abortion drugs that induce toilet-bowl abortions. She “feels now is the time to be brave and is posting stickers with that QR code around town,” Bustle explains.

The website highlights women who are fired up by the bloodlust to help other women make sure they can kill their own babies. “The new law is another thing they have to worry about, beyond combating rape culture, leading a sorority, or applying to grad school,” Bustle explains.

But what happens twenty, thirty or sixty years later? Now it might feel really important to not have a baby because then you get to pursue a graduate degree and then a graduate fellowship and then work for 70 hours a week at a company for $53,000 a year.

But where does that leave you when you are 40-years-old and your company cuts you loose, or you don’t get tenure as a professor? Then you’re just left alone with your live-in boyfriend of 15 years while some of your wiser friends are reveling in the joys of raising children. The poverty of your soul continues to set in as you realize that the baby you killed when you were a 20-year-old college student could be starting college now.

At fifty-years-old, you weep for the grandchildren that could have been.

Telling women that they need abortion to succeed perverts what it means to succeed. It is a great irony of life that many liberal women seem to want abortion so they can one day, perhaps, become a middle manager at a big corporation. That is seen as a “win” for women’s progress.

The poverty of the soul only creeps further into someone’s life as the years go by. Again, it’s ironic that underlying the liberal woman’s support for abortion is ultimately a material and wealth one, while the conservative woman with four or five kids is able to eschew many material goods in exchange for the joy of having children.

Psychology professor Jordan Peterson recently delved into this phenomena as well. During a September 20 podcast, he commented on what he has observed about female college students, who continue to dominate in enrollment.

What’s happening with all those maternal instincts, they’re just gone all of a sudden. I mean many 19-year-old girls I’ve talked to many of them believe that their career is going to be the most important thing in their life

Peterson said that women discover “life might be best spent in the bosom of family and friends and with children.” They discover “that’s where much of the true value is and most women figure that out by the time they’re in their 30s.”

He shared the example of how “high-powered law firms” think they can retain their best female talent by offering generous benefits, such as maternity leave, but that their female employees generally cannot be swayed by any level of increased pay or compensation.

Young women should realize that they have made a mistake by pursuing a career over family, because the warmth of a family enriches the soul while its destruction impoverishes it.