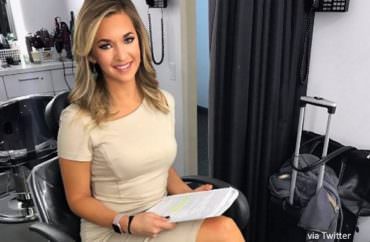 Students upset that conservative commentator Katie Pavlich is slated to give at talk at the University of Wisconsin Madison next week defending the Second Amendment have come up with a rather creative way to protest it.

The activists with Cocks Not Glocks at UW Madison have scheduled “The Bonerfide Penis Arts Fest” to compete with and demonstrate against the Young Americans for Freedom’s planned event Oct. 10 titled “Trigger Warning: Second Amendment Rights and Self Defense.”

“Katie Pavlich thinks that you can murder campus sexual assault away. Young Americans for Freedom thinks that her presence on campus is necessary to defend free speech. Therefore, Cocks Not Glocks: UW Madison will be gathering during Pavlich’s speech to create and present dick art that has ZERO literary, artistic, political, educational, or scientific value. You know, for free speech,” according to the activists’ Facebook page.

In response, members of Young Americans for Freedom said they are fine with the protest as long as their peers don’t disrupt their event.

“We believe that they have every right to wave sex paraphernalia in the air in opposition to guns. We hope, however, that this protest is undisruptive of our event, as we deserve the right to free speech and expression as well,” according to a statement put out by the group.

“We are bringing Ms. Katie Pavlich to speak to our campus about Second Amendment rights. While she will touch on campus carry, that is not the sole objective of her lecture,” the statement adds.

Members of Young Americans for Freedom also rebuked Cocks Not Glocks for calling them “alt-right” in their protest paraphernalia, noting “we advocate for First Amendment rights, Second Amendment rights, and free markets. We emphasize the individual through personal liberty and responsibility.”

Spencer Brown, a national spokesman for Young Americans for Freedom, also called on campus leaders to ensure Pavlich’s speech is not shut down prematurely by protesters.

“We call on University of Wisconsin administrators and authorities to protect the First Amendment rights of Katie Pavlich, UW-Madison YAF, and the students who wish to hear conservative ideas next week,” Brown stated.