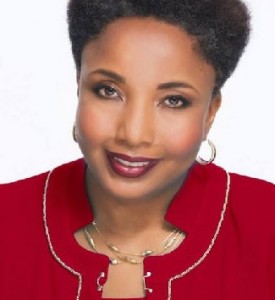 A crowd of Vanderbilt University students converged on campus over the weekend to protest a conservative black professor who they say is guilty of “hate speech” against Muslims.

Carol Swain, a law and political science professor at the private, Nashville-based university, was the target of a rally Saturday afternoon that aimed to condemn Swain’s arguments in a Jan. 15 op-ed in the Tennessean titled “Charlie Hebdo attacks prove critics were right about Islam.”

“More and more members of the PC crowd now acknowledge that Islam has absolutely nothing in common with Christianity, nor is it a worthy part of the brotherhood of man I long felt was characteristic of the Abrahamic religions,” Swain wrote. “A younger, more naive version of myself once believed in a world where the people of the Book could and would get along because they all claimed Abraham as their father. No more!”

“Civic education and other indicators of assimilation should be a prerequisite for remaining and advancing in this nation,” the scholar added. “… If Muslims are to thrive in America, and if we are to be safe, then we must have ground rules that protect the people from those who disdain the freedoms that most of the world covets.”

The column infuriated some of the campus community, especially its Muslim student population.

“This protest is about the fact that a member of Vanderbilt’s faculty attacked her own students, that a member of the faculty published hate speech against the very young adults that she seeks to inspire,” said the demonstration’s organizer Farishtay Yamin, reports the Tennessean. Yamin is listed as Vanderbilt’s Muslim Student Association publicity chair.

The Vanderbilt Hustler campus newspaper, which live Tweeted the demonstration, noted statements at the protest included: “To say that one student is not compatible with Western civilization is to say that the entire student body is not compatible,” “We have gathered here to make sure that no student is attacked by a faculty member again,” and “Vanderbilt united will never be divided.”

Signs students held included phrases such as “we stand against hate, we stand for speech” and “to reach peace, teach peace.”

Counter-demonstrators were anticipated at the rally, and in a somewhat surprising turn of events, former Saturday Night Live performer Victoria Jackson showed up with a “Ban Sharia” poster and yelled “Freedom of Speech” but the mic was off, the Tennessean reports, adding the crowd turned its back on her.

In a statement posted on her Facebook page Sunday, Swain acknowledged her controversial op-ed “could have been written with a milder tone.”

“I wrote the article immediately after the Charlie Hebdo massacre and it was published more than a week later,” Swain stated. “It was not directed at ‘peaceable’ Muslims.”

But Swain has also been steadfastly strong in the wake of the verbal assaults, taking to Facebook to post her thoughts and frustration over the situation.

“I’m wondering how Vanderbilt protesters can justify their silence when it comes to the greatest human rights tragedy in the world – the jihadic deaths of Christians, Buddhists and Hindus. What explains their silence?” she posted on Saturday.

And in other post she asked: “Why are today’s university students so fragile they need counseling and affirmation whenever they hear something that makes them uncomfortable? Learning how to deal with your emotions is part of growing up.”

In a Q&A between Swain and the Hustler published Sunday, the scholar also defended the right of academic freedom and free speech.

“I feel no special obligation to engage in politically correct speech,” Swain stated. “I think it is unfortunate that hate speech has become whatever makes a non-Christian uncomfortable. Professors should help their students learn to engage ideas. Any student who is threatened by a discussion of ideas cannot fully benefit from a liberal arts education. Any university that is afraid of ideas should close its doors.”

“Students who feel threatened by my speech can avoid exposure to my ideas. They have no obligation to listen to my speeches, read my blogs or take any of my courses. If a student takes one of my courses, then he or she has entered a political correctness free zone tolerant of divergent views.”

Meanwhile, in a statement to students, Associate Provost and Dean of Students Mark Bandas reminded students of various counseling and psychological services on campus should they need it because of the controversy.

“We would like to emphasize that although Professor Swain has allowed the actions of a few individuals manipulating religion to shape her views of an entire faith that makes up 23 percent of the world population,” the group stated, “we will not allow her views as a Vanderbilt affiliate to shape our views of Vanderbilt.”