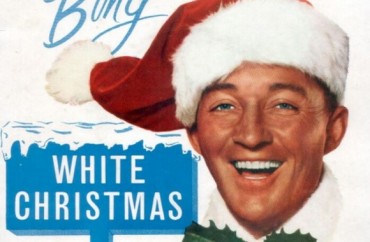 MRCTV’s Dan Joseph recently presented college students with a “petition” calling on radio stations to ban the song “White Christmas” because, according to the petition, it’s “insulting to people of color and perpetuates the idea that being white is automatically a positive attribute in our society.”

Here’s some of the comments Joseph made to students as he talked to them about the song.

“It perpetuates the idea that white is naturally good, and that other colors are bad, and we feel that that’s a micro-aggression,” he told one student.

“And we think that the song ‘White Christmas’ is insulting to people of color because it says snow is white and therefore it is good – but we know there are other kinds of snow,” Joseph told another student. “It’s dirty on the ground, sometimes it turns brown, sometimes it turns black.”

The effort, captured on video, infused humor as the signature gathering continued.

“What kind of Christmases do you like,” Joseph asked one student. “I like racially ambiguous Christmases to be honest with you.”

When one student told him the song wasn’t so bad, Joseph told him “check your privilege.” At another point, he told a student the song should be banned because “Black Lives Matter.”

He got 18 signatures from students in about an hour.

Joseph wasn’t serious – his satirical effort showcased just how over the top political correctness has become on college campuses.