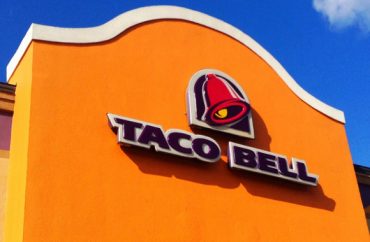 Tulane University freshman H.R. probably had no idea what was in store for him after he created a satirical “tourism” video for his Spanish class.

The class assignment, according to the Tulane Hullabaloo, was to create “a five-minute video in Spanish about anything in Latin America.”

H.R.’s project on Mexico ended up being a whopping 20 minutes, and features him calling graffiti “traditional Mexican art,” Taco Bell a place for “muy autentico” (very authentic) Mexican cuisine, and mentions the country’s high crime rate: “There’s only been 300 murders last year, which is quite low number for Mexico,” he says.

H.R. claims he created the video as “a satire piece to poke fun at stereotypical tourism videos” and said “he did not intend the video to be offensive.”

Many students “generally received the [project] well,” he noted, adding that they “saw the humor in the video and appreciated it.”

Others, however, saw it differently:

[Madison] Brown walked in two minutes late to class and said she found the video to be very confusing initially and was surprised that many of her classmates laughed at the content.

“I began to get weirded out and then offended by the comments that he was making,” Brown said. “… I think it can be seen as targeting all minorities. I know it would have had more of an impact on me if he had made a video appropriating black culture, so I can definitely see this as an attack towards Mexicans and other Hispanics.”

Some members of Tulane’s Latinx student population, such as freshman and Generating Excellence Now and Tomorrow in Education member Paul Trujillo, felt similarly targeted by the video.

“It pains me — even more so than others solely because I am a proud member of the community which the video was targeted at — that he painted a picture where my people are pegged as impoverished, criminals and, in the words of the student, ‘cow dick eaters,’” Trujillo said. …

The most snowflakish reaction had to be that of freshman Roberto Santiago who said “though he believes in freedom of speech, there is a thin line between free speech and hate speech”:

“America is supposed to be the land of the free, but feeling victimized by another student’s video, that was edited and still this offensive, makes me wonder why I came to Tulane,” Santiago said. “You can’t shy behind the ‘It wasn’t meant to hurt anyone’ excuse.”

At least give Roberto points for the inventive way he asserts being offended is somehow “prohibited” by the country’s tradition of freedom.

H.R. apologized for any misunderstanding regarding the video’s context, adding that “the way he was portrayed on social media” added to the controversy.

“I am not sorry for making a harmless, satirical video that incorporated a sense of humor that many people have except for a few radical students,” he said.

Now, I’m not privy to the specifics of the project, but not only is H.R.’s Spanish fairly atrocious, the video is mostly in English and contains gratuitous profanity. (Really? Who turns in a class project containing sporadic bursts of “sh**” and “f***”?)

Many of my former 8th graders’ Spanish projects were of (much) higher quality. Just sayin’.