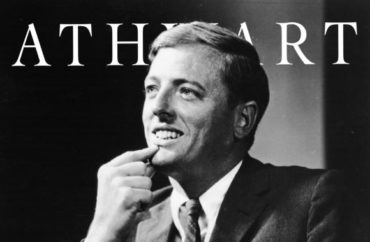 A new student magazine at Colorado College that aimed to diversify intellectual discourse on campus and promised to publish a wide-range of unorthodox political opinions instead had dozens of copies of its debut edition stolen by bandits on campus.

What’s more, Athwart Magazine is facing backlash for dedicating its new publication to the legacy of William F. Buckley Jr., as accusations of racism against the conservative icon fly.

The magazine’s debut edition included op-eds such as “The Progressive Conception of ‘Rights’ Is as Seductive as It Is Dangerous,” “Against the $15 Minimum Wage” and “Identity Politics and the Dulling of Political Discourse on Campus.”

Student Nate Hochman, editor-in-chief of Athwart, told The College Fix in a telephone interview Tuesday that campus activists are rejecting the magazine’s call for discourse.

The Athwart editorial board addressed those concerns in a lengthy Dec. 9 editorial, explaining in great detail how Buckley had quickly and completely disavowed his very early support for segregation and became a champion for civil rights.

“William F. Buckley, Jr., whose famous quote about standing ‘athwart history, yelling Stop’ served as the inspiration for our magazine’s title, was depicted on the cover of our first issue, which was distributed across campus earlier this week,” the editorial stated before listing the scholar’s lengthy bonafides as the founder of the modern American conservative movement.

“Buckley’s significance in American politics is far greater than his early skepticism towards the civil rights movement, and we believe his work ought not be reduced to the sum total of his worst moments. The prejudicial views of his youth should not define an otherwise long and estimable career,” the magazine stated.

“Though many of our campus critics are clearly legitimately concerned by his early writing, we do worry that a small but notable portion of the attacks on Athwart may arise from a predetermined hostility towards the magazine in general as a result of its broader political philosophy. This ongoing prejudice against contradictory perspectives seems to further prove our case for the necessity of the magazine’s existence,” it added.

The magazine is funded by the Intercollegiate Studies Institute through its Collegiate Network program.

ISI’s Ryan Wolfe told The College Fix in an email that “a free press is critical to creating campuses where students can exchange, discuss, and debate the ideas that will shape our country’s future.”

“Athwart Magazine … strived to do just that in their first issue,” Wolfe said. “Unfortunately, leftists on campus have made this issue scarce by stealing and trashing magazines due to the image of ISI’s first president, William F. Buckley Jr., on the cover.”

Wolfe said that “if Colorado College wants to hold true to its mission of ‘providing the finest liberal arts education in the country,’ they should stand up for the free press and the free speech of students by refunding the costs of lost issues so they can be printed and distributed again.”

Phone and email requests seeking comment from Colorado College on Tuesday were not returned.

Hochman said he believes the sight of Buckley on the front cover angered a group of campus activists, who made sure that dozens of copies disappeared.

Hochman said he does not personally know who the activists are, but through an intermediary has attempted to reach an agreement with them — to no avail. The cost of the missing magazines is well over $100, he said.

The publication’s presence on campus and subsequent controversy surrounding their first issue has been a major talking point on campus, Hochman said, adding that he didn’t want the magazine’s existence to be controversial, only the opinions published.

Hochman and the rest of the magazine’s editorial board are intent on avoiding the impression of being “overly combative,” and have so far avoided filing a police report for stolen property, wanting to exhaust all other options.

Hochman was previously an intern at the American Enterprise Institute in Washington, D.C., and has been published in National Review, which Buckley founded.

CORRECTION: A few days after publication, Hochman told The College Fix his earlier statement that campus activists pressured administration to disrupt Athwart was based on information he has since learned is incorrect. We have amended the article accordingly.

MORE: Here’re the top 5 most outrageous instances of campus censorship observed by ISI during 2018-19 school year