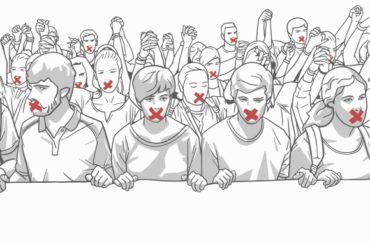 Nationwide conservative-libertarian intellectual group not only documents censorship — it faces it, too

Kicked off campus. Blocked from reporting on a faculty meeting. Getting death threats.

It’s been an interesting school year for students and professors involved with Intercollegiate Studies Institute, a conservative-libertarian intellectual organization that aims to teach America’s founding principles to young people.

Earlier this week the group released a list of its top five most egregious examples of campus censorship its members have witnessed — or been victim of — during the 2018-19 school year.

“They all represent that on college campuses bright conservative and libertarian students have to fight a daily battle just to be able to talk about issues or frankly participate in campus life as an equal,” Charlie Copeland, president of the institute, said Thursday in a telephone interview with The College Fix.

“In every one of these cases the conservative or libertarian viewpoint was squashed, kicked out of the room, or threatened,” he said.

Late last year, faculty and students involved with Intercollegiate Studies Institute worked to put together a debate at Gonzaga University titled “Why Bother with a Liberal Arts Education?” But three weeks before it was set to take place, administrators told organizers to find a new venue.

Copeland told The Fix that what’s worse is Gonzaga officials also asked institute organizers for the names of the students and faculty who had sought to bring the event to their campus.

“We felt this was the beginning of a blacklist,” Copeland said. “We did not share this information. Instead we found some hotel space just off campus [to host the debate at].”

The event was a success, drawing some 100 people, mostly students, he said. Nonetheless, he added, it’s worrisome that Gonzaga leaders apparently consider a debate on the worth of a liberal arts education among well-respected scholars to be controversial enough to bar from campus.

Death threats are not funny

In addition to hosting campus debates, guest lectures and academic conferences, the institute runs a Collegiate Network journalism program that supports student-run news outlets on campuses across the nation. 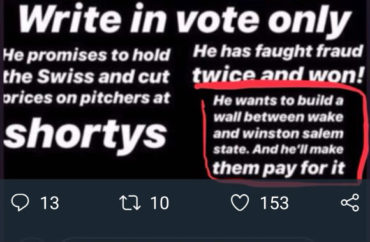 Earlier this spring, one of the institute’s student journalists at Wake Forest University found herself on the receiving end of death threats. What’s more, Jordan Lancaster, who writes for the Wake Forest Review, was called a “Nazi” and people even contacted her employer and school to complain about her.

All this because she tweeted that a “build a wall” joke posted on social media between Wake Forest and its crosstown viral, a historically black university, was being blown out of proportion by administrators, adding “Ppl in college need to grow up.”

“We can have a discussion about whether it was the right thing or wrong thing, whether it was funny or not funny, but people on the left immediately go to physical threats of violence,” Copeland said. “It’s one thing to say, ‘Let’s build a wall, ha ha ha ha’ and not understand the dynamics of an HBCU, and how that might be misinterpreted.”

“But this is indicative of the problems in our country right now — the outrage culture that exists,” he said. “How do you have a civil society when everyone is in a state of outrage and they don’t sit back and reason anymore? It’s frightening for the future of the country.”

Another Collegiate Network publication, the Irish Rover at the University of Notre Dame, reported earlier this spring on an anti-white event on campus.

Headlined “event touts ‘whiteness’ as an oppressive political condition,” the article reports that everyone at the dais agreed whiteness is a problem, and one panelist said “Americans are a virus.” Then it got weird.

“About eight people were given the opportunity to ask questions of the panelists. A white man visiting from a foreign country was given the microphone to ask a question near the end of the event, and began to introduce himself,” the Rover reports. “Suddenly Professor of Africana Studies and Political Science Dianne Pinderhughes shouted him down, yelling, ‘White privilege!’ The audience broke out in cheers and applause for Pinderhughes. The microphone was taken away from the man and given to Pinderhughes.”

Copeland said that between the mic being grabbed from the white man to the fact that the panel was stacked with progressives illustrates censorship through a one-sided, biased event.

“The fact that you can even have this kind of discourse shows what a great nation we are, and how open and tolerant we are,” he said. “They are not having a debate in Saudi Arabia on the oppressiveness of being an Arab male.”

“To have a panel of people who just — they all agree — there was no debate here,” he said. “It was basically just a rant session for people to complain, and yet they all work for or are associated with one of the top universities in the world.”

Tyranny of the liberal majority

Another incident earlier this year, this time at Michigan State, covered by ISI’s Morning Watch student publication, highlighted how the student government there tried to boot a conservative representative.

They claimed he had committed an inappropriate act — he had included the student government logo in his email signature — but in the end he was cleared.

Undeterred, the student government later passed a bill in March that defined inappropriate acts as “physical violence, personal attacks of a severe and/or pervasive nature, harassment and discrimination, or the misrepresentation of a constituency.”

“So an inappropriate act is either I am punching you out or my email signature has a student government logo in it,” Copeland said.

Meanwhile, student journalists for the Claremont Independent, another Collegiate Network outlet, found themselves barred from covering a faculty meeting in March.

The professors would not allow them to attend a vote by the Pitzer College Council on whether or not to suspend Pitzer’s only study abroad program in Israel with the University of Haifa. Meanwhile, scholars let members of the mainstream campus newspaper cover it.

“They let the mainstream campus newspaper in because they like them and they knew the article would be favorable,” Copeland said. “If all you are going to do is surround yourself with supporters, it’s a dangerous place to be.”

“What the faculty senate basically said was we don’t want anyone in the room that might hold us accountable and demonstrate transparency, we want to hide in the shadows,” Copeland said. “Who knows what goes on behind those walls. … The hypocrisy of the left is that it claims to stand for some greater truth.”

MORE: Why censorship of speech is the ‘last resort of the ideologically arrogant and intellectually lazy’