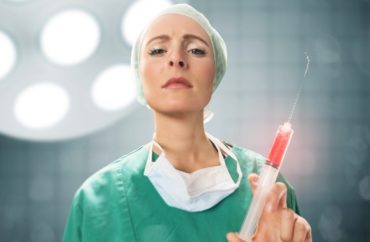 Two students from Loyola Marymount University are suing the school for their discriminatory rules regarding vaccine exemption.

The Catholic university in Los Angeles requires all students to get vaccinated against COVID-19 or undergo regular testing, masking and other undefined regulations, but the two student plaintiffs have moral objections to the vaccines.

Attorneys with Faith and Freedom filed the federal lawsuit at the end of July on behalf of Ryan Khanthapixay and Riley O’Neal. “The Court will likely decide the [temporary restraining order] without a hearing,” Desaré Ferraro, a spokesperson for the attorneys, told The College Fix on August 6. She said a hearing date has not been set yet and had no further updates as of August 19.

Khanthapixay “articulated his sincerely held religious beliefs. These beliefs include that his body is a temple of the Holy Spirit and, as such, should be revered and kept pure and holy,” the attorneys said.

Furthermore, he does not want to get the vaccine due to his belief that individuals should not inject themselves with aborted fetal cells, going against his religious beliefs.

Khanthapixay said his exemption has been denied three separate times. The lawsuit alleges discrimination against him for his Christian faith, since other students were granted exemptions. After assistance from his attorneys, he submitted a successful fourth religious exemption.

However, he still “remains anxious and fearful of what the upcoming year will hold, since the exemption brings with it additional burdens to which Ryan also object.”

“Ryan objects to having his nasal cavity invaded for testing purposes, and to the information derived from his biological material being stored in a database indefinitely and disseminated to governmental agencies and other entities whom the University and/or government deem appropriate,” the lawsuit said.

Riley O’Neal has objections to the university’s vaccine exemption terms. Those terms, which he had to agree to, said he can be excluded from campus activities if there is an outbreak on campus. But the university also abdicates any liability if O’Neal took the vaccine, too.

“Riley was unconscionably made to choose between suffering serious medical complications – up to and including death – if vaccinated and assuming personal legal liability for the health of all his peers and the broader University community,” his attorneys argued.

The students challenge the accommodations for unvaccinated enrollees as a “campus-wide apartheid.”

Unvaccinated students are “required to live in separate dorms, wear face coverings, social distance, submit to surveillance testing, and have their bodily and medical privacy invaded, while their vaccinated peers are free to move about campus without any special conditions or requirements,” the lawsuit said.

“Simply put, students whose religious convictions and/or medical conditions dictate against them submitting to the vaccine mandate must live as outcasts amongst their peers for at least this academic year, and perhaps the balance of their college careers,” the lawsuit said.

Loyola Marymount University did not respond to two requests for comment emailed in the past two weeks. The Fix asked spokespersons Brian Costello and Erin Bossen for comment on the lawsuit.