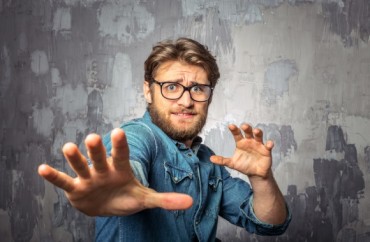 The war on facial hair, and masculinity

“Given the ease with which facial hair can be groomed and removed entirely, why should some men retain beards and others choose to remove them?” questioned two Australian professors.

Here’s their answer: “Sexist men choose to grow facial hair because it maximizes sexual dimorphism and augments perceived masculinity and dominance,” according to the study “The Association Between Men’s Sexist Attitudes and Facial Hair” published recently in the Archives of Sexual Behavior.

In other words, men grow beards to exert their dominance. And how did the researchers come to this conclusion?

“Doctors Barnaby Dixson and Julian Oldmeadow presented the participants of the study with a broad spectrum of sexist statements, from ‘women interpret innocent remarks as being sexist,’ to ‘women are too easily offended’ and ‘once a woman gets a man to commit to her, she puts him on a tight leash.’ …  The clean-shaven minority were found to harbour less extreme or damaging views of women, tending to disagree with most of the statements that weren’t labelled ‘nonsexist,'” the Telegraph reported.

Well, there you have it. Solid, unbiased evidence! Those questions are not slanted in the least.

At any rate, the scholars explained that “men with facial hair were significantly higher in hostile sexism than clean-shaven men.”

Boy, this study is probably going to give hipsters a heart attack.

No word on how many men simply grow beards to make themselves look older, or more attractive, or compensate for thin lips or a small chin, or keep their face warm in the winter, or because they want a new look, or they’re just to lazy to shave, or 100 other reasons.