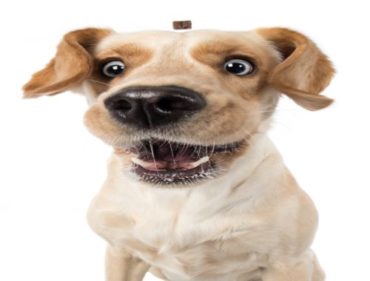 EDITOR’S NOTE: This research paper was revealed to be a hoax in October 2018 by the academics who wrote and got it published.

If you’re a dog owner, maybe, just maybe, a couple of things that come to mind when you take ‘ol Spot to the dog park are rape culture and non-heterosexual “performativity.”

What’s that? You don’t consider such things when you’re walking the pup? No worries, then. The Portland Ungendering Research Initiative’s Helen Wilson is here to clue you in.

Her paper, “Human reactions to rape culture and queer performativity at urban dog parks in Portland, Oregon,” discusses the “emerging themes in human and canine interactive behavioral patterns in urban dog parks” in order to gain a better understanding about people’s decisions and “emergent assumptions around gender, race, and sexuality.”

The PhD in feminist studies writes that dog parks are “petri dishes for canine ‘rape culture.’” Never mind that dogs are, y’know, animals. Just go with it:

They offer a very public view into the ways human companions foster and perpetuate masculinist systems of communal oppression across species and in public spaces. The cultural norms operating within and upon these spaces form microcultures where acceptable and unacceptable behavior in human communities may be reflected in the way human companions construct their interactions with dogs, particularly in regard to rape culture and queering, and a-/moral interpretations of such behaviors and their human analogues under the assumptions of rape culture.

“In essence,” Wilson adds, dogs parks “become rape-condoning spaces in which human rape culture plays out by the moral permissiveness we extend to animals.”

In a nutshell, it doesn’t get much more intellectually vacuous than this, folks.

Worse still, the only canines that are oppressed (yes, oppressed) are those which exhibit — wait for it! — gay behavior. Here is a perfect example of how fields like “feminist studies” are their “intellectual” equivalents are a closed loop, self-sustaining microcosm:

There are many ways to define and conceptualize oppression. In the context of this work, I’ll borrow from Taylor’s definition which has gained considerable traction, ‘What it means to occupy a public space in non-normative ways’ (Taylor 2013). In this sense the only dogs who were oppressed were those engaging in queering behavior. (NB: This is only a single lens through which to consider oppression applicable to dogs, though there are others [cf. Deckha 2013; Fox 2004; Francione 1995].) What is particularly interesting is that on Taylor’s definition, raped female dogs were not oppressed because rape was normative at dog parks. This raises interesting and highly problematic issues as to the agency of female dogs in particular spaces as well as with intrinsic victim blaming in female dogs which obviously extends into the analogous circumstance under (human) rape cultures within rape-condoning spaces.

Simply put, rape is normative in rape cultures and overtly permissible in rape-condoning spaces, and therefore (human and canine) victims of rape suffer the injustice of not being seen as victimized by so much as complicit in having been sexually assaulted, which can even extend to the feminist researcher herself (cf. De Craene 2017).

Claiming that a feminist researcher can also be a victim of sexual assault because actual victims of such attacks may not be seen as “victimized” isn’t all that nutty … especially when you think only “queer” dogs are being oppressed at dog parks!

MORE: This is what ‘rape culture’ really looks like