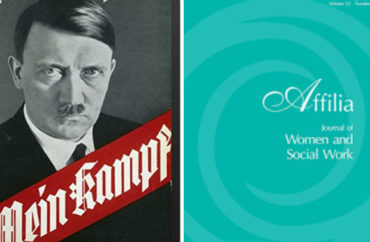 The “Conceptual Penis” hoax wasn’t enough for mathematician James Lindsay and Portland State University philosopher Peter Boghossian. So they added a third partner in crime and swung for the fences.

Four academic journals published papers submitted as hoaxes by Lindsay, Boghossian and Helen Pluckrose, the editor of the humanism magazine Areo, the trio said in an essay on their experiment Tuesday.

Another three have accepted but not yet published their hoax papers. The trio submitted 20 papers in all, which were intended to unmask the low standards in what they term “grievance studies.”

Their published paper discovering “rape culture” in dog parks has drawn the most attention, even before the trio outed their project Tuesday.

But their biggest coup may be convincing a feminist journal to accept a paper that includes a lengthy section of Adolf Hitler’s Mein Kampf with “fashionable buzzwords switched in.”

The authors are prepared for their hoax project to damage their careers.

Boghossian told The Wall Street Journal, which broke the story with their permission, that he expects to be fired from or punished by Portland State. Lindsay expects to be banned from professorships or publications, and Pluckrose believes she’ll have trouble getting into a doctoral program.

They seem less concerned in video footage they shared, in what appears to be a large public-relations effort. It was produced by Mike Nayna, who shot footage of an event with Boghossian and the fired Google engineer James Damore at Portland State earlier this year.

Nayna wrote on the YouTube page that this video series is associated with a feature-length documentary he’s making. It’s having trouble getting traditional funding “because of the sensitive subject matter and my slow approach.”

‘No accessible sacrifice that abnegates neoliberalism should be considered too great’

There was one problem with the “Conceptual Penis” hoax that Boghossian and Lindsay perpetrated last year, the essay explains: It was published in a “poorly ranked” journal with “lax review standards” that requires authors to pay a fee, even though it was peer-reviewed.

That’s why Pluckrose, Boghossian and Lindsay targeted more prestigious journals and refused to pay to get their submissions published with this new experiment. They would also admit they submitted a hoax if a journal editor or reviewer – “but not a journalist!” – asked them.

They spent the past year trying to “understand certain academic fields as ‘outsiders within’ and test their scholarship at its highest levels,” including various cultural studies, sociology, psychology and “perhaps most worryingly” education, they wrote in a project summary and fact sheet. (All papers and supplementary materials, including peer reviewers’ notes, are published in a shared drive.)

They term these fields “grievance studies” because they intend to inflame the grievances of certain identity groups, and targeted them because of their “increasing power over our universities, institutions, media, and culture.”

“As the study developed, we came to see the project as a serious ethnographic inquiry into fields, journals, and scholars who exhibit varying commitments to the assumptions of grievance studies,” the project summary reads:

We hope to reboot the conversations about topics of cultural interest such as gender, race, sexuality, and so on and bring it back to a more rigorous basis, the nature of which remains to be determined at this time.

We want to reintroduce skepticism of the underlying assumptions and “critical” methodologies employed in grievance studies so that scholarship regarding important questions of gender, race, sexuality, and so on can be addressed accurately and by the best possible methods.

The project summary includes excerpts from peer reviewers’ comments to show their excitement about what the authors often term “ludicrous” arguments.

Academics @HPluckrose, @ConceptualJames, and @peterboghossian pulled off a pretty incredibly (and rather humiliating hoax) on social science journals. But will this make these disciplines self-reflect and maybe even, ya know, change? I doubt it. https://t.co/HrOBvgxzgv

The “Feminist Mein Kampf” paper, as they called it, featured a clue about its origin right in the title: “Our Struggle is My Struggle: Solidarity Feminism as an Intersectional Reply to Neoliberal and Choice Feminism.”

The last two-thirds of the paper is “based upon” Chapter 12 of Mein Kampf volume one – where Hitler explains the necessity of the Nazi Party and its membership requirements – “though it diverges significantly from the original,” according to the project summary.

The language in this part of the paper, which The Fix has reviewed, is often dismissive of anything less than total devotion to the cause. For example, “in creating solidarity for overcoming oppression, sacrifices will be necessary, and … no accessible sacrifice that abnegates neoliberalism should be considered too great”:

Put another way, if more feminists had, rather than becoming distracted by seductions of choice, the baubles of neoliberalism, or male approval, implacably guarded the interests of oppressed people—especially those dominated by racism, colonialism, imperialism, ableism, homophobia, classism, and all other manners of oppression that intersect with feminism and if in matters of remaking society more —feminists had avowed only their commitment against all oppressions with equal intensity as they defended their will to female choice, and if with equal firmness they had demanded justice for all those oppressed by systems of power (cf. hooks, 2000), today we would very likely have equality.

It was accepted by Affilia: Journal of Women and Social Work, and the proofs were approved Sept. 19, according the fact sheet.

Though they changed the language of Mein Kampf “to make this paper publishable and about feminism, the reliance upon the politics of grievance remains clear,” they wrote.

Heterosexual men need to penetrate the transphobia out of themselves

The trio’s first publishing success came in April with the journal Fat Studies. “Who Are They to Judge?: Overcoming Anthropometry and a Framework for Fat Bodybuilding” argued that only “oppressive cultural norms” have convinced society that building muscle is more admirable than building fat.

It suggested that “fat bodies” be displayed in “non-competitive ways as a part of professional bodybuilding” to benefit both “fat activism” and bodybuilding, according to the project summary.

The trio wanted to show that journals will accept arguments that are “positively dangerous to health if they support cultural constructivist arguments.” One reviewer praised the paper for presenting “fat bodybuilding” as a “way to disrupt the cultural space” of bodybuilding.

Next was Gender, Place and Culture, a “journal of feminist geography” that accepted and published the dog-park paper in May. It argued that dog parks “become rape-condoning spaces in which human rape culture plays out by the moral permissiveness we extend to animals.”

Studying the rape culture of dog parks can “provide insights into training men out of the sexual violence and bigotry to which they are prone,” they wrote in the project summary. “Arguably our most absurd paper.”

Submitting this paper was intended to show that journals will “accept arguments which should be clearly ludicrous and unethical if they provide (an unfalsifiable) way to perpetuate notions of toxic masculinity, heteronormativity, and implicit bias.” 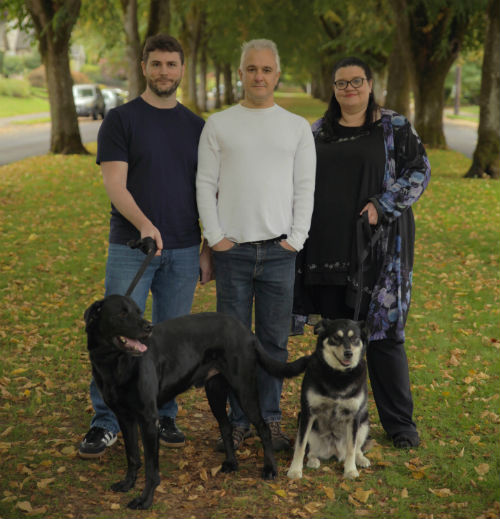 The third paper was published in June in Sexuality & Culture. It argued that heterosexual men “probably” don’t penetrate themselves with sex toys because of transphobia and fear of being thought of as homosexual. One peer reviewer suggested combining these two phenomena into one concept, “transhysteria.”

The fourth published paper went online Sept. 19. The project summary notes it was rejected by one journal, Men and Masculinities, but accepted by another, Sex Roles.

“An Ethnography of Breastaurant Masculinity” aims to explain why men like “breastaurants” such as the Hooters chain: “they are nostalgic for patriarchal dominance and enjoy being able to order attractive women around,” an environment that they identify with “authentic masculinity.”

“The data are clearly nonsense and conclusions drawn from it are unwarranted,” the project summary reads. It notes that the Sexuality & Culture paper – published just three months earlier – was cited in the breastaurant paper:

This demonstrates a point that the canon of literature builds upon itself, so that once a ridiculous paper gets published, it can become the basis for other ridiculous papers.

It was submitted to show that journals will “accept very shoddy qualitative methodology and ideologically-motivated interpretations” to support it, as long as the paper “problematize[s]” men’s attraction to women.

Two other papers were accepted but have not yet been published.

One of those, “A Feminist Perspective on How Positionality Influences Satire” in feminist philosophy journal Hypatia, is “the flagship for our study and [we] consider it our most important one,” the trio said:

This paper argues that social justice activists can make fun of others, but no one is allowed to make fun of social justice. … Most importantly, this paper demonstrates that we know the arguments feminist philosophers might make to criticize our study.

It wanted see if journals would embrace an argument that “shuts down critiques of social justice scholarship as a lack of engagement and understanding, even if one engages fully and knowledgeably with the ideas.”

The trio had to cut short the experiment because its published dog-park paper was highlighted by the Twitter account New Real Peer Review.

This drew scrutiny from media outlets to the paper’s fictional author and research institute and questions from the “feminist geography” journal that published it, they wrote in the essay.

They disclosed the project to The Wall Street Journal July 31 and rushed to summarize their aborted project, “even though we still had several papers progressing encouragingly through the review process.”

The authors are concerned about the spread of the academically fashionable view that “science itself and the scientific method are deeply problematic, if not outright racist and sexist, and need to be remade to forward grievance-based identitarian politics over the impartial pursuit of truth”:

Any scholarship that proceeds from radically skeptical assumptions about objective truth by definition does not and cannot find objective truth. Instead it promotes prejudices and opinions and calls them “truths.”

They also want to highlight how peer review has broken down within grievance studies, because its members have replaced “skeptical checks and balances” with “a steady breeze of confirmation bias that blows grievance studies scholarship ever further off course.”

Because peer-reviewed journals are the “absolute gold standard of knowledge production,” the steady approval of dubious research in these journals will eventually “leak into culture,” they wrote. One example is the journey of “white fragility” from an academic journal in 2011 to a book deal for the concept’s creator and billboards in Portland, Oregon, this year.

Boghossian and Lindsay declined to comment on their efforts to The College Fix at this time.

MORE: PSU tries to preempt Damore event with its own diversity series