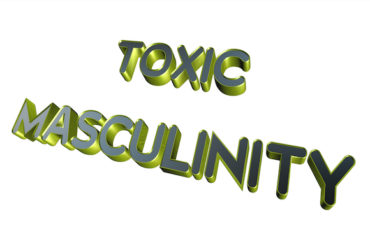 A new study out of Middlesex University London and Berkeley’s Mathematical Science Research Institute shows that men are less likely than women to wear a coronavirus-preventing mask.

Reasons for this include men believing they won’t catch the disease, and that masks are “shameful, not cool [and] a sign of weakness,” according to Yahoo! News.

Sociologists have (in a word the mainstream media likes a lot, especially with conservatives) seized upon the research to excoriate so-called “toxic masculinity” and even racism.

Cal State Fullerton’s Matt Englar-Carlson, director of that university’s Center for Boys and Men, says “masks are just the latest iteration of a longstanding issue.” There are “many aspects of masculinity,” he adds, but this instance appears to fall under “toxic.”

“Men tend to engage in more risk-taking behavior, and not wearing a mask or downplaying the risk of COVID 19 is a considerable health risk,” Englar-Carlson says. “The notion that men need to always appear strong and show no weaknesses — and when that is rigidly adopted and not adaptable to the environment or new information — allows a man to be consistent with his notion of maintaining his sense of masculinity, but it comes at a significant cost.”

Caroline Heldman, a senior research advisor for the Geena Davis Institute for Gender in Media as well as a professor of politics at Occidental College [and “qualified” free speech advocate], agrees. “There are many wonderful aspects of masculinity, like being confident and rescuing others in crisis, but masculinity becomes toxic when it causes men to put their lives at risk,” she tells Yahoo Life. “This is the very definition of toxic masculinity, and toxic masculinity is a killer.” …

[Center for Urban and Racial Equity founder and sociologist Judy] Lubin says that Trump’s decision [to not wear a mask] may be galvanizing a group of individuals who feel the freedom to put their lives at risk. “Trump’s base is largely white men who have an affinity for traditional masculine ideals,” Lubin says. “Men who embrace traditional ideas of masculinity, like the macho persona that Trump portrays, tend to engage in more risk-taking behaviors that compromise their health. So wearing a mask when you perceive COVID-19 to not be a serious threat is a sign of weakness.”

Lubin added that wearing a mask is a “privilege” for white men; for black men, they are are “associated with criminality” like affiliation with a gang.

“The thing — a mask in this case — that may protect you from contracting a deadly disease, may also be the thing that subjects you to deadly police brutality or white vigilante violence,” Lubin says.

MORE: School board member threatens to shoot mask-less people who come near her