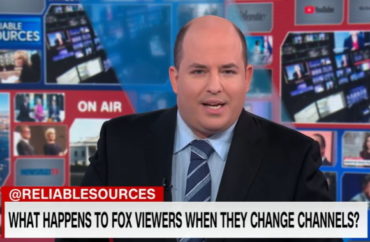 A new study on media bias and its effect on viewers zeroes in on Fox News as a major culprit, suggesting the news outlet hides information from its audience and is guilty of partisan coverage filtering.

The study used CNN as a platform to run its study.

The results: Viewers were more likely to believe that Trump was not doing as great of a job as they thought, became generally more critical in their observations of him, and were more likely to agree Fox News would not cover Trump’s errors, reports the Daily Californian.

Broockman also said the high number of COVID-19 cases in 2020 was “really not recorded” on Fox News, and that the channel even “downplayed” its seriousness. On the other hand, CNN “had heavier reporting” on the pandemic as well as stories about racism, both of which reflected poorly on the former president, Kalla said. 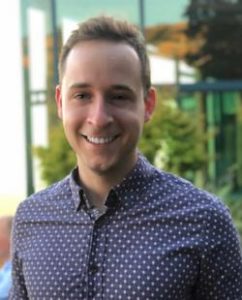 The actual study (not linked to in the Daily Californian piece but was provided to The Fix by Broockman on request) states “this is concerning for democratic accountability.”

It adds that “hiding information from voters can undermine their ability to hold their elected officials accountable” and then asks: “How can a voter hold a politician accountable for an act of malfeasance if they do not know it occurred?

“Or, alternatively, how can voters reward an outpartisan politician for good performance if their chosen media network does not inform them of it?”

Broockman (pictured) said study participants reverted back to their old viewing habits of watching Fox News — and politically oriented beliefs — once they stopped getting paid to watch CNN.

While the Daily Californian article makes it seem that Brookman and Kalla consider CNN a middle ground between Fox News and MSNBC, Brookman told The Fix he considers the Ted Turner-founded network “more left wing than Fox News,” and he said the study assumes this.

But, he added, “whether [CNN is] left, center, or right is not something we have any new data on.”

Kalla, however, called out CNN on its own network for bias in an interview with Brian Stelter on April 10.

“Fox and CNN cover different issues and Fox News predominantly covers issues that make the GOP look good and make Democrats look bad, and on the flip side, CNN engages in this partisan coverage filtering as well. … It’s not about one side, it’s about the media at large,” he said.

“I think you’re engaging in both-sides-ism there, Josh,” Stelter quipped back.

Kalla did not back down, responding: “All networks engage in this and in order for viewers to get a realistic picture of the world we need viewers to see all types of information and unfortunately what we find in the study is the viewers don’t want to engage in watching both sides.”

Why target Fox News and not MSNBC?

Broockman and Kalla state in the study they believe their approach “was the best test of partisan coverage filtering.” They also added they only “had sufficient budget to test only one treatment arm.”

Broockman did not respond to a Fix query asking if the study could have started with MSNBC viewers … and then have them switch to Fox News.

“If you just watch MSNBC or Fox News for your news, you should be aware that you are only getting some of the information, a skewed view of reality,” Broockman said. “They’re giving you a completely different understanding of what is going on in the world as a whole.”

Broockman said that in order to “protect democracy” he’d like to see “creative minds” get together to deal with partisan news gathering and reporting. One possible solution: a “21st-century version of the Federal Communications Council’s Fairness Doctrine from 1949.”

The Fix asked Broockman how a new Fairness Doctrine would function in the 2020s; he did not respond.

The Fairness Doctrine was abolished in 1987 as expanded news sources rendered the measure’s “scarcity” argument — that is, few available news outlets — obsolete.