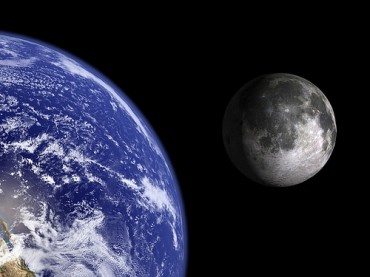 A recent Michigan State University-led study suggests the so-called “greening of Christianity” over the last two decades has failed to prompt average Christians to care about or try and help the environment.

The study also contends Christians care less about the environment than atheists and people of other beliefs.

“There is very little evidence to support the idea that rank-and-file Christians are as green as non-Christians or nonreligious individuals, approximately two decades into the supposed greening of Christianity trend,” the study states. “In fact, these results are consistent with the finding of earlier studies that Christian identity, beliefs, and behaviors are negatively related to environmental concern.”

Despite the way scholars portrayed their findings, results indicate a large portion of Christians do, in fact, care about the environment, as the data from the study indicates. Indeed, Christians are often just a few percentage points away from their atheist and non-religious peers in many cases. (See data box)

Researchers crunched a wide swath of data from the 2010 General Social Survey to determine their findings. Michigan State University grad student John Clements, one of the researchers on the team, said in an email to The College Fix that he does not believe Christians would be offended by the results.

“I think anyone would take offense at being called something that might be considered against social norms if the person views that norm as something that is socially desirable,” he stated. “For people who don’t see the environment as an issue to care about, they may not be concerned about an anti-environmental label.”

“But let me be clear,” Clements added, “we are not labeling anyone.”

The findings may be considered good news to some evangelical leaders who see the environmental movement – Environmental Evangelism, Green Christianity, Creation Care – as a false religion, and bad news to nature lovers who are zealous about protecting Mother Earth and worship the environment as their religion.

The study cites prominent Christian figures and organizations over the last few decades that have attempted to integrate environmental concerns and Christian values.

For example, many Catholic parishes have adopted Earth Charters, the Evangelical Environmental Network aims to “equip, inspire, disciple, and mobilize God’s people in their effort to care for God’s creation,” and the Southern Baptists launched an Environment & Climate Initiative.

“The initiatives may be accurately described as calls to action by religious leaders, with scant evidence that rank-and-file adherents are following these calls,” the study states. “Furthermore, some of the efforts … have drawn considerable ire from more politically conservative Christian leaders (e.g., James Dobson and Charles Colson) … and seem to be attracting more opposition than support within Christian America.”