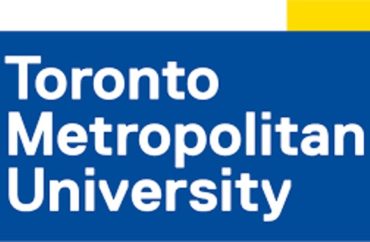 Other application requirements include ‘a commitment to our values of Equity, Diversity and Inclusion’

“Successful candidates” for an economics professor job at a Toronto public university must “self-identify as Black of African Descent,” according to the school’s listing for the position.

Toronto Metropolitan University, formerly Ryerson University, lists an opening for a tenure-track economics position restricted to applicants who are “Africans and African heritage people from the Caribbean, Americas, Europe.”

The application deadline is December 21 and the job opening is posted on AcademicWork, a job bank managed by the Canadian Association of University Teachers.

The College Fix emailed Brennan Thompson, chair of the hiring committee, on December 12 to confirm that this search is restricted to black applicants of African descent and whether Toronto Metropolitan University has utilized race or ethnicity as a necessary criterion in hiring in any other position.

The Fix has not received a response. 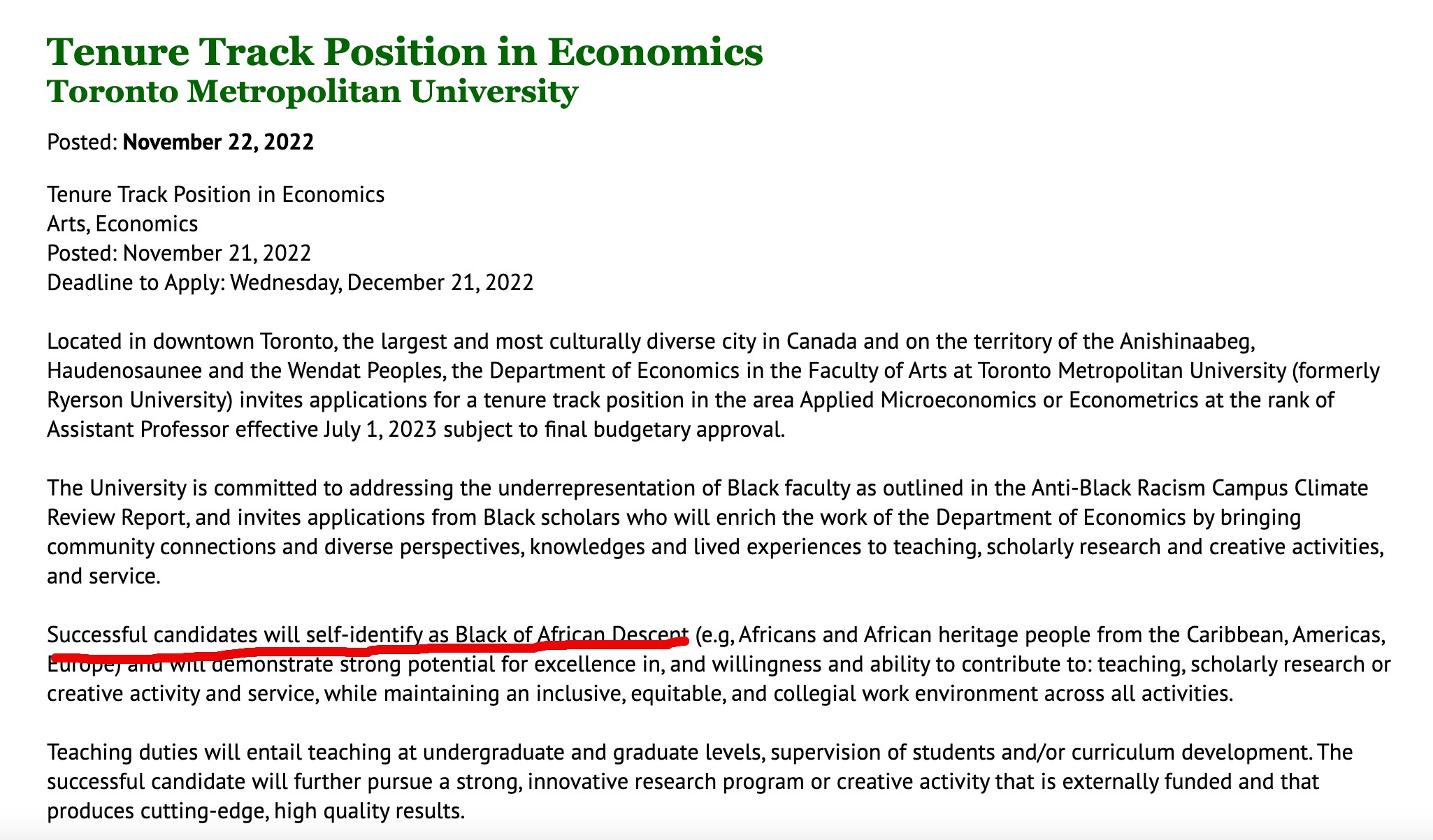 The candidate will also “demonstrate strong potential for excellence in, and willingness and ability to contribute to: teaching, scholarly research or creative activity and service, while maintaining an inclusive, equitable, and collegial work environment across all activities,” according to the posting.

“The University is committed to addressing the underrepresentation of Black faculty as outlined in the Anti-Black Racism Campus Climate Review Report,” the ad continued. “It invites applications from Black scholars who will enrich the work of the Department of Economics by bringing community connections and diverse perspectives, knowledges and lived experiences to teaching, scholarly research and creative activities, and service.”

Candidates must also hold a doctoral degree in economics or a related field or be close to having completed one, the ad stated. Other job requirements include a record of scholarly research, potential to excel in teaching, and “a commitment to our values of Equity, Diversity and Inclusion.”

This is not the first racially restrictive job posting reported by The Fix.

The University of Louisville in 2015 posted a department of physics and astronomy ad for “a tenure-track assistant professor position that will be filled by an African-American, Hispanic American or a Native American Indian.”

In September of this year, Richard Lowery, an associate professor of finance at the University of Texas at Austin, filed a lawsuit against Texas A&M University that accused the public institution of creating a program in which scholar candidates of color would be given preferential hiring treatment over white and Asian males, The Fix reported.