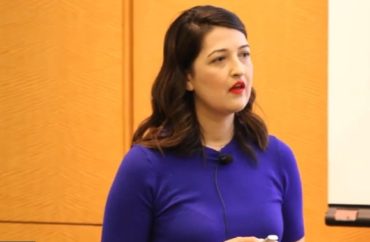 The Supreme Court cannot protect the civil rights of citizens because it was “founded to defend white supremacy,” a professor of Africana studies wrote on Tuesday.

Professor Claudia Garcia-Rojas’ essay, titled “The Supreme Court Won’t Save Us — It Was Founded to Defend White Supremacy,” argues that President Donald Trump’s “stacking of the court with far-right justices is a strategic move meant to defend white Christian nationalism.” Instead of packing the court, citizens should be asking “what steps can we begin taking toward abolishing it,” she wrote.

After winning an election with a majority of the electoral votes, President Trump and the Republican Party “undemocratically” appointed two Supreme Court justices. But if the appointments of Justices Neil Gorsuch and Brett Kavanaugh were undemocratic, but legitimate, Justice Amy Coney Barrett’s selection was not, according to the Davidson College professor.

The former president “unfairly and illegitimately appointed a third,” the race scholar wrote in her Truthout essay.

Garcia-Rojas (pictured) wrote that the nation’s highest court “has generally operated to enshrine whiteness as the normative baseline in constitutional law, and to strengthen this baseline by consistently favoring and reinforcing the superior status of whites in the U.S.”

Now this white supremacy is being combined with Christianity, Garcia-Rojas wrote.

“What’s more, the conservative highjacking of the court by religious fundamentalists means constitutional law is being reshaped through the lens of Christian Dominionism,” she wrote. “White Christian dominionists believe that the U.S. is a fundamentally Christian nation and, therefore, that they have the authority to enact religious supremacy.”

One example of this, the professor wrote, is a speech by Justice Samuel Alito calling for protections for religious liberty.

Religious liberty is not what is being criticized here but rather the euphemistic use of the phrase to mean white Christian dominionism. Perilously, the Republican Party’s desire to strengthen white supremacist ideology through religious fundamentalism is succeeding insofar as the court’s most recent rulings — Dobbs, NYSRPA and Vega — are restructuring constitutional doctrine to reflect the interests of white Christian nationalists.

Dobbs, written by Alito, allowed for states to regulate abortion, reversing Roe v. Wade. “NYSPRA” refers to a ruling written by black conservative Justice Clarence Thomas this summer that declared a New York law requiring law-abiding citizens to prove a need to own a gun unconstitutional.

The Vega ruling, also by Justice Alito, ruled that “a violation of Miranda [does not constitute] a violation of the Fifth Amendment right against compelled self-incrimination.”

The professor also referred to the Supreme Court as a “national defense agency,” the focus of a pending journal article, according to her personal website.