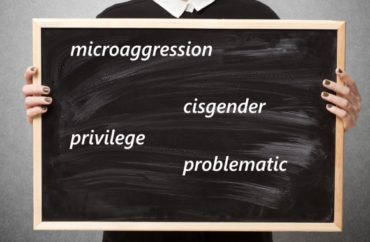 According to the Hartford Courant, the Southington High School 10th-grade teacher’s packet was developed by academics at the University of Arizona and includes terms such as “ally, cisgender, transgender, gender nonconforming, institutional/ structural racism and white privilege.”

A section of the packet reads

Racism is a systemic issue. If you look the other way or deny that these systems exist, you are part of the problem. You can know in your heart that you don’t hate anyone but still contribute to their oppression.

The group Families for Freedom, which characterized the packet as “critical race theory” or CRT, brought the issue to light at a September 8 board meeting. The district began an investigation into the matter as a result.

Families for Freedom founder Susan Zabahonski said that “when it comes to morality and sexuality and some difficult topics, we want them taught in a fair way that doesn’t inject a bias.”

On Monday of last week, over 60 SCSU faculty members signed on to a letter defending the packet and blasting its critics as anti-free speech.

“What, exactly, is wrong with a worksheet that provides simple straightforward characterizations of concepts such as ‘marginalization’ and ‘white privilege’ as a way to help students contextualize literature?” the letter asks. 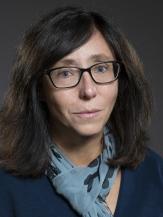 “Attacks like this are exacerbating the teacher shortage in Connecticut,” Heidi Lockwood [pictured], an SCSU philosophy professor said in an email to the Courant. “We want to send a clear signal of support — not just to educators in Southington, but also to educators across Connecticut.”

“Our student educators are increasingly hesitant about going into K-12 education, particularly secondary education, given the perception that everything they say may be carefully monitored and policed by parent watchdog groups,” Lockwood said. …

The [faculty] letter also likened the censorship of difficult or uncomfortable topics to book banning and warned against allowing a vocal minority to shape the board’s decisions.

The SCSU faculty said that while parents are free to engage in or refrain from speaking about topics concerning sexuality and racism in their own homes, they should not manage classroom instruction. The letter encourages districts to stand behind all teachers.

Zabahonski said when it comes to classroom discussions about race, concepts like systemic racism and white privilege “should be presented as theories, not fact.” She also said she doesn’t oppose students “learning gender identity terms” as long as it happens in health or science class and is limited to the words’ definitions.