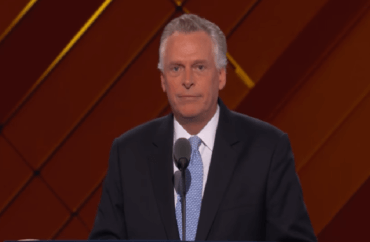 Terry McAuliffe, the former Democratic governor of Virginia and a staunch supporter of Bill and Hillary Clinton, has been hired as a visiting professor at George Mason University.

The Richmond Times-Dispatch reports that George Mason University, located in Virginia, announced on Monday that it has tapped McAuliffe to teach students in its Schar School for Policy and Government.

From the Times-Dispatch report:

McAuliffe, who left office in January after a four-year term and is widely considered a possible Democratic presidential contender for 2020, will be a guest lecturer focusing on “how workers can succeed in the increasingly global economy” the Schar School said in a news release. He’ll also provide “regular commentary on key policy issues through opinion columns, lectures, and symposia.”

According to the newspaper, McAuliffe will donate the position’s $60,000 salary to charity.

McAuliffe isn’t the first politician to get a cushy professor gig following his time in office. For example, the University of Pennsylvania announced last year it had named former Vice President Joe Biden a professor.

MORE: No one actually knows what Joe Biden does at UPenn