‘It shouldn’t be coming at the cost of the taxpayer’

Legislation introduced by a Republican Texas state lawmaker seeks to prevent public colleges and universities in the state from providing funding for nonprofit media organizations.

While critics contend the legislation aims to impede a left-leaning press and could hurt student journalism opportunities, HB 845 was introduced in December by Rep. Jared Patterson ostensibly to save taxpayer dollars.

“The media organizations rely on government funding and especially as tuition prices rise, it shouldn’t be coming at the cost of the taxpayer,” Jeffrey Waldock, Patterson’s chief of staff, told The College Fix this month in a telephone interview.

Waldock said the proposal was prompted by a public information request that revealed funding from higher education institutions “concerning millions of dollars in just a couple of years.” He said the bill aims to reduce the outlets’ reliance on government funding.

“We don’t want government dollars to be a main funding source for the press, we feel like that influence is not helpful for the press or the information they’re trying to put out,” Waldock said.

If approved, it would ban universities from using funds “from any source to provide financial support, including through the purchase of a membership, sponsorship, or advertising services, to a media organization that is exempt from federal income tax,” the bill states.

Mike Hodges, executive director of the Texas Press Association, said the bill may be directed at The Texas Tribune.

“I’ve just been told that it’s been nicknamed by colleges The Texas Tribune bill, because what Patterson wants to do is limit the funding that comes from the state into that organization because of editorial slant, he believes it’s too liberal,” Hodges told The College Fix in a telephone interview.

In a Jan. 10 tweet, Patterson said of The Texas Tribune, a major nonprofit media organization in the state: “And if you’re wondering why the @TexasTribune writes their articles using the radical far left code of conduct.” He then cited donors of the news outlet, which includes left-leaning organizations such as the ACLU of Texas and Equality Texas.

Natalie Choate, chief communication officer at The Texas Tribune, told The College Fix in a January email that the Tribune is aware of the bill, adding it would have serious implications for both urban and rural communities in Texas.

Choate said all funding received from sponsors is clearly identified and in no way affects their journalism, but the bill would severely limit the freedom of higher education institutions to spend their marketing and advertising dollars as they wish.

“Additionally, HB845 would also impact Texas NPR and PBS stations, which provide critical nonpartisan news and information and often operate from the campuses of Texas colleges and universities,” Choate said.

According to Hodges, the bill could also potentially cut funding for training and internship opportunities for journalism students in Texas.

Waldock said they are not aiming to limit opportunities for occupational preparation and could look at potential changes if necessary.

The 88th Legislature’s session began Jan. 10 and will run through May 29. 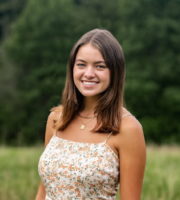 About the Author
Heidi Reid
College Fix contributor Heidi Reid is a third year at North Carolina State University studying communication with a minor in political science. She is also a contributor and editor for Technician campus newspaper and a Viceroy for Barstool Sports. On the side, she co-hosts a podcast, Eye on the Triangle, for 88.1 WKNC.