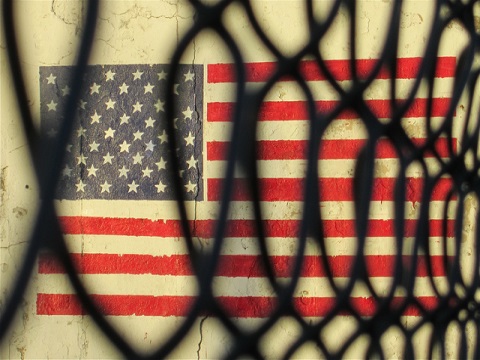 As Texas students return to the classroom this fall, they still may learn Boston Tea Party participants were terrorists, Islam’s Prophet Mohammad was a social justice crusader while Jesus was a mythical figure, and communism is the top form of government.

State Sen. Dan Patrick (R-Texas), in an interview with The College Fix, said despite a decision several months ago by public education officials to toss the controversial CSCOPE curriculum by Aug. 31 from the Lone Star state’s K-12 schools, it still may be used at educators’ discretion.

According to a variety of recent Texas-based news reports, that’s because school districts already have the materials or will reportedly download them from the Internet before the Aug. 31 deadline, in part because the decision to scrap CSCOPE in late May allegedly did not leave educators time to develop alternatives over the summer.

State public education officials have also declared the lesson plans part of the public domain for teachers’ use, and neither will mandate nor prohibit their usage inside the classroom. Additionally, when asked by Texas media outlets, many school district officials refuse to say whether CSCOPE will be used this school year. Some say it won’t.

Patrick, chairman of the Senate Education Committee, said the battle over the controversial curriculum, which prompted vocal protests from Tea Party activists, parents, conservatives and Republicans across the state, is not over.

Last week he drove 500 miles round-trip across the state of Texas to attend a court hearing challenging CSCOPE’s usage, just one of many cases on the subject before the courts. On his website’s Facebook feed Wednesday he announced that, thanks in part to his lobbying, next month the Texas state auditor will begin to investigate the CSCOPE program. And on Saturday, Patrick is slated to debate Republican state board of education member and CSCOPE fan Thomas Ratliff.

“We need to be sure that our students have the best instructional materials available,” Patrick said.

CSCOPE – which is not an acronym – “provides a comprehensive curriculum management system for Texas schools,” according to the website of the nonprofit that developed the curriculum.

CSCOPE lessons, among other things: likens Christianity to the Egyptian cult of Osiris; instructs students to design a socialist or communist flag; depicts participants in the Boston Tea Party as terrorists; and paints Christopher Columbus as a Darwin-esque environmentalist, reported Eric Owens in The Daily Caller.

In addition to questionable social studies lesson plans, Patrick said reviews of the curriculum – used in more than 800 schools across the state – have found basic mistakes in math and science lessons.

“I’m very concerned,” Patrick said, referring to what he learned during legislative hearings reviewing the lesson plans. “None of those things make sense to me.”

As for the argument school districts did not have time to obtain new lesson plans over the summer, he said there are many other curriculum options teachers can use, including plenty of free ones.

But Patrick’s CSCOPE removal efforts have been opposed by some, including Ratliff, the Republican state board of education member he is set to debate. Ratliff has said the CSCOPE issue is a “man-made controversy to score political points” and that Patrick, who is running for lieutenant governor, “blew up the initial perception of the problem,” according to an Aug. 1 article on kutnews.org.

Patrick called Ratliff’s accusation “ridiculous” and said he became involved with the issue, and put hundreds of hours into it, several months before he considered being a candidate for lieutenant governor. He said this issue is much more important than politics.

When Patrick accepted the education committee chairmanship last year, he said his wife, Jan, a retired school teacher, told him he was “crazy” for doing so. He said he told her he knew the chairmanship would not be easy and would demand tough decisions disliked by some.