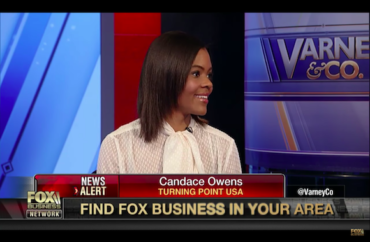 Can’t bar student group ‘on its own’

Student government representatives can try to kick out Texas State University’s Turning Point USA chapter, but it will be overruled by the public university’s administration.

The Washington Examiner reports that the student government resolution to derecognize the conservative student organization, billed as a “safety” measure for students and faculty, has been snuffed out from on high before it got a vote.

Introduced on Monday, the resolution alleges the national Turning Point organization, led by fiery conservative activists including Charlie Kirk and Candace Owens, has a “consistent history of creating hostile work and learning environments through a myriad of intimidation tactics aimed against students and faculty.” Therefore, its campus chapter should be banned from Texas State.

In case that wasn’t clear to student leaders, the student government “on its own” doesn’t have the authority to bar Turning Point or any other recognized student organization. This is a matter of constitutional rights, the administration said.

The Foundation for Individual Rights in Education had called on the administration to block any such approved resolution by the student government:

[S]tudent governments may not engage in viewpoint discrimination when a public university grants them the authority to recognize or fund student organizations. Speech is not categorically excluded from the First Amendment because it is viewed as hateful or racist.

Their visit came two months after a former senator accused the student government president of taking “an under-the-table campaign donation” from TPUSA during the spring election season, the Star reported. She resigned shortly thereafter.

Kirk “adamantly refused to discuss the topic” and Owens claimed she had never heard of the “TPUSA victory list” for winning student government races, at that October event, according to the Star.