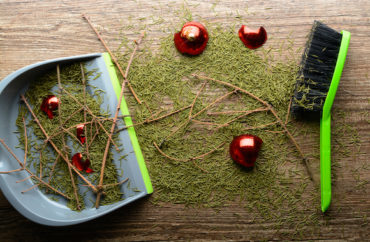 First of all, it’s ‘winter solstice’

Ahh, it’s that time again: reportedly the most wonderful time of the year. You’re back home, no longer in your drafty dorm room eating lukewarm ramen out of a microwaved Tupperware bowl. You’re with your family. You’re surrounded by sleigh bells, carolers, a warm and glowing Christmas tree, gifts on Christmas day.

Well, forget about all that. That’s all a bunch of cultural hegemony and male patrio-fascism. Christmas is not a good thing. Christmas is not Woke. It must be cancelled and forever banished to the dust-bin of history, along with other hegemonic colonial hatefests such as Thanksgiving and Valentine’s Day.

To that end, here are several things you can do to help end the evil reign of Christmas while you’re living at your parents’ house for a month:

– Convert to a non-Christian religion. Sure, you’ve deemed all religions to be nothing more than delusional patriarchal theocratic reigns of terror. Still, few things send a clearer message to your stuffy old parents than becoming a non-Christian right around Christmas. Have you considered Zoroastrianism? It’s not really clear what that is, but it sounds cool. There’s also pantheism—that, also is sort of an unclear ideology, but it’ll probably offend your parents, so it’s fair game. When it doubt, you can always start your own religion right in your own living room. Whatever gets the job done.

– Refuse to give gifts or do anything nice for anyone. You’re doubtlessly hearing all this talk about “the spirit of Christmas,” an ethos involving gift-giving, acts of charity, and general warmth and kindness toward your fellow man. Well, first of all, it’s “fellow person” (actually, “fellow” itself is fairly gendered, so you should opt for “person person” instead). Second: By buying into that whole charade of yuletide kindness and geniality, you’re effectively endorsing Christmas, which makes you little better than a Nazi.

Don’t give gifts; they’re a sign of capitalist imperialism. And don’t do any random, selfless acts of kindness or anything like that; you don’t want people to accidentally think you’re celebrating Christmas. Instead, you can glower, mutter, scoff, huff—that will send people the right message.

– Instead of Christmas specials on television, make your family watch Greenpeace videos. As well, rather than the classic Christmas songs on the radio, consider letting your family listen to those cassette tapes of your vegan collective’s didgeridoo concerts.

– At Christmas dinner, prepare a list of liberationist talking points with which to harangue your family until they grow sick of it all and leave the table. Only through berating your loved ones with a forty-minute screed about prison reform and Trump’s impeachment can you capture the true meaning of the season. Bonus points if you stage a queer slam poetry competition with your friends in the living room during pumpkin pie!

MORE: The campus social justice warrior’s guide to celebrating the Fourth of July