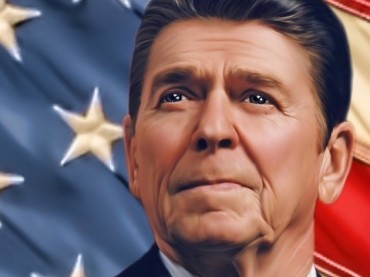 OPINION: In protest of flippancy, and the public sarcasm that keeps Americans from moving toward exceptional places

Type “this country is a” in a Google searchbar, and the autofill offers up “joke” as the No. 1 suggestion.

It’s a sentiment I hear often.

“This country is a joke!” a college friend exclaimed on Facebook during the most recent government shutdown. I understood his frustration, but as the “Likes” piled in, I scowled.

Then there was the sign held up by a fan on the sidelines of a half-marathon I ran, also during the government shutdown: “You’re running better than the government!”

Despite myself, I smiled. Perhaps so. But did you have to bring that up?

A few months ago I reviewed an essay for a midwestern college friend who grew up on welfare and in the foster system. She was only trying to tell her life story, but the government kept popping up in the narrative, and not in a nice way:

“The government had lots of leverage on this girl,” she writes, referring to her teenage self. “One day I will be free from the clutches of the government. In time I will help those who are victims of government agencies.”

Today, most of my generation cackles at the idea that America is a great nation.

During January’s State of the Union address, dorms pounded – as usual – with the sound of video games: the shrill mechanical clatter of bullets and automatic gunfire.

No one would watch the speech with me. “State of the Union? Really?” several shrugged. “It’s all stupid. Lies.”

What happened to America as a city on a hill? What about President Reagan’s “last best hope of man on earth”? Old Uncle Sam isn’t getting much respect these days.

In history class, I remember reading biographies of people who felt detached from their country’s government. Most were impoverished peasants, forced into urban slums in the aftermath of European communist revolutions.

What made them feel helpless were factors like these:

• the regulations that governed their lives made no sense, were pointless, or both

• their personal autonomy, their privacy, and/or their property was not respected

• government officials and law enforcement officers were nearly all corrupt, self-serving, manipulative jerks, or at least appeared to be

But wait, aren’t these the same type of things that make me feel helpless, too? When my friends complain about the government, these are their themes also.

Who wants to live in a country that we talk about like people talk about Communist countries?

In my middle school literature, the American government was both respected and respectable. It was where people went when they felt threatened, and it made their lives safe again.

See the friendly crossing guard? At your service. And the policeman on the corner, with the smart nod and the stern smile? He was the bane of every bad guy, and the protector of us all.

In books about Eastern Europe or 13th century China, I heard stories about erratic queens and river pirates and marauding gangs and barbaric warlords. In those places, everyone lived at the mercy of whoever stood above them on the totem pole.

America was always described differently. When I studied the United States, I studied systems and structure and order. I learned about deep-thinking, respected leaders.

In the World War II biographies I read, survivors wrote that crowds of prisoners in detention camps used to break into clusters and argue when (not if) the Americans would come to rescue them. There was always the assumption that America owned something worth having.

About 1,600 years ago, Augustine of Hippo (St. Augustine) must have been asked a comparable question. His answer was personal –

So if we don’t want to talk about our country in the same way we talk about oppressive countries, what has to change?

See here, I don’t want to live in a country that is a joke.

If my country is a joke, that’s a problem. If there is a problem, there should be a solution.

And if there’s a solution, I ought to play a role in it.

That would be a start at least, the best possible start. So, with this in mind, I’ve set four goals for myself:

To avoid sarcasm (the lowest form of wit) when I talk about my country and the state of the world;

To have high standards for my leaders, and to keep them high;

To protest in ways that matter when those standards aren’t met;

being a good citizen is a serious and time-consuming business.

I’ll vote. I’ll contribute finances, time, and energy. I’ll avoid the shallow social media sarcasm and try to raise the level of discourse in my environment.

I may investigate and expose injustices, but I will not accept them. I will be well-read. I will be tuned in. I will be willing.

And most strategically, I will consistently carve a generous space in my mind and my heart for optimism. For ‘it is better to light a candle than to curse the darkness.’

Will you join me?